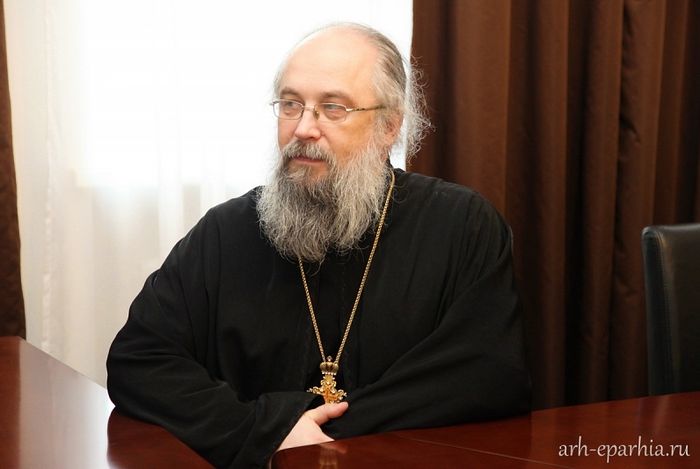 Commenting on the current discussion on abortion which has flared up in Russian society, chairman of the Arkhangelsk Diocesan Department for Medical and Social Ministry and Charity Archpriest Alexei Denisov has said that loss of the genuine meaning of life is the primary cause of infanticide, reports the diocese’s website.

“People forget that they are called to serve others and therefore they choose not joy—as the Creator commanded us to do—but they choose pleasure. In order to have pleasure, one needs money, so getting money becomes the main purpose of life. That is one of the reasons why today people prefer not to have large families, since love presupposes selfless labor. In my opinion, that is why the “childfree ideology” has now become so popular. (“Childfree” means “childless by choice,” “voluntarily childless.” This is a subculture and ideology which is characterized by a deliberate refusal to have children. The main idea of “childfree” is remaining childless for the sake of personal freedom). People are unwilling to have children in advance,” the pastor said.

Fr. Alexei has noted that over fifty percent of families at the Holy Trinity parish where he serves have many children. “For the majority of them it was a tough decision to have three-five children. However, when a person overcomes his fear and begins to trust God wholeheartedly, he becomes convinced that his decision was not in vain. And such families find genuine joy,” the priest explained.

The head of the Medical and Social Department has supported the Russian citizens’ campaign to outlaw abortions: “I have worked in the sphere of abortion prevention for about twenty years. And it makes me glad that such a huge number in Russia have realized that abortions are unacceptable. That is an absolutely outrageous situation when a government claims that it is taking steps to combat the demographic crisis but legally allows murdering children at the same time.”

According to the priest, all the concerns expressed by opponents of the ban on abortions are far-fetched.

“Russian citizens are being intimidated, that a ban on legalized abortions will allegedly lead to a wave of illegal abortions. Proceeding from this logic, secondary general education schools should be equipped with special rooms for smoking because we know that many school students run out to smoke during breaks. But nobody takes this measure, realizing that the number of smokers among students will increase dramatically. More than that, we should not forget that damage caused by abortions performed at medical institutions is great too,” the priest said in conclusion. Metropolitan of Veroia: Law allowing abortion is destroying mankind
Our Local Church, and every Church of Christ has always stood against the legalization of abortion. And although the government has legalized abortion, we do not believe it is legitimate. We honor the law of God, and according to the law of God, abortion is murder. Inasmuch as this action is murder, it destroys human life, and the Church stands against it." Address of Patriarch Kirill of Moscow and All Russia for International Day for Protection of Children
"I am convinced that one of our most important steps for overcoming this problem is timely and comprehensive help for women finding themselves in a crisis situation. The Church is taking the most active and dynamic role in resolving this question, organizing special shelters and humanitarian centers to which pregnant women and those already with children can turn, including for financial support. Even a little help can convince a woman to refuse an abortion or the decision to leave her child in the maternity ward." Well-known priest accuses Ministry of Health of unwillingness to dialogue on abortion
The priest noted that already five years have passed from the patriarch's first address to the authoroties with an anti-abortion proposal.
Comments
×