Scriptures: The Written Word of God 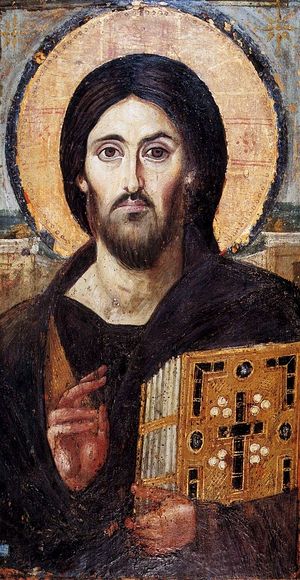 The first Christians did not need to write any Scriptures, they accepted as inspired and as their own, the Tanak, the Jewish Scriptures. Those are the texts that the Lord Jesus and His apostles read, memorized discussed and prayed. These Scriptures as we saw in the previous blog bore witness to Jesus as Messiah and Lord (John 5:39-46; Luke 24:10-49). And from the beginning, the Christians believed Christ fulfilled all of the prophecies and promises of the Jewish Scriptures. The New Testament is filled with quotes from the Old Testament as well as countless echoes of the ideas and themes presented in them.

The Christians, however, besides reading the Jewish Scriptures, were writing materials, and by the early 2nd Century, Christians are already also referring to these early writings as Scripture. As far as we know, in the Christian epistle known as 2 Clement we encounter

“… the first Christian writer to apply the term ‘Scripture’ to a quotation from the Gospel: ‘And also another Scripture (graphê) says, “I did not come to call the righteous, but sinners” ’ (2 Clem. 2.4 citing Mt. 9:13; Mk 2:17), thereby assigning biblical status to the words of Jesus and granting them the same dignity and authority as the Old Testament. The same idea is implicit in the phrase: ‘The Bible and the Apostles indicate …’ (2 Clem. 14.2), where ‘Bible’ refers to the Septuagint and ‘the Apostles’ to the New Testament.”   (Geza Vermes,  Christian Beginnings, Kindle Loc. 2974-80)

Not only were the Christians beginning to recognize as authoritative Scripture the apostolic writings, they also were interpreting the existing Jewish Scriptures increasingly from a Christian point of view. The Christians began to claim to have the correct understanding of the Jewish Scriptures – the Scriptures were written about the Christ, and properly interpreted in Christ. For the followers of Jesus the curse of Amos 8:11-12 was finally lifted, for once again the People of God were able to hear the Word of God in Christ Jesus.

“‘Behold, the days are coming,’ says the Lord GOD, ‘when I will send a famine on the land; not a famine of bread, nor a thirst for water, but of hearing the words of the LORD. They shall wander from sea to sea, and from north to east; they shall run to and fro, to seek the word of the LORD, but they shall not find it.”

The Jewish Scriptures were seen as having Christ hidden in them, but now Christ Himself fully revealed the meaning of the Scriptures. Everyone was able to hear God’s Word again. Even texts which were totally understandable from a Jewish “literal” reading, were seen to really have Christ hidden in them and now revealed by Jesus as to their true content.  Origen, writing at the beginning of the 3rd Century, commenting on the words of St. Paul says:

This was also written for our sake:

Abraham had two sons, one by a slave woman and the other by a free woman (Gal 4:22);

thus we would know that these statements are allegorical and that they represent the two covenants. For our sake, it was written that the people ate manna in the wilderness and drank water from the rock; thus we would understand that they ate spiritual food and drank spiritual drink from the rock following them, which rock was Christ. Both these and other such spiritual mysteries had been hidden from eternal times but are now manifest through the prophetic writings and the coming of our Lord and Savior Jesus Christ.”   (Romans: Interpreted by Early Christian Commentators, Kindle Location 7145-52)

Sacred writings are given to us by God as a gift and means for us to discover Him and to know Him. In them spiritual mysteries are hidden, simultaneously, God is revealing Himself through the events written about and in the words of the Bible. St. Augustine writes:

And so, since we are too weak to discover the truth by reason alone and for this reason need the authority of sacred books, I began to believe that you would never have invested the Bible with such conspicuous authority in every land unless you had intended it to be the means by which we should look for You and believe in You. ” (A Patristic Treasury: Early Church Wisdom for Today, Kindle Loc. 5753-55)

Thus the Scriptures are a help to us, given by God to direct our search and to help us recognize truth. We don’t have to guess where to find truth, God tells us where and how to find it. St Peter Damaskos says:

“Similarly he sees how by means of words and letters-through fragments of inanimate ink-God has revealed such great mysteries to us in the Holy Scriptures; and how, even more wonderfully, the holy prophets and apostles gained such blessings through their great labor and love of God, while we can learn about these matters simply by reading. For, inspired by the Logos, the Scriptures speak to us of the most astonishing things.” (THE PHILOKALIA, Kindle Loc. 27638-42)

God cares about us, and God understands that we humans cannot always understand divine revelation or even the spiritual life. So God finds ways to communicate to us using such things as metaphors, images, poetry and even fictional stories like parables. This is done to help us deal with things that might otherwise be too great and marvelous for us. St. Maximus the Confessor puts it like this:

“The Logos of God is called flesh not only inasmuch as He became incarnate, but in another sense as well.… When he draws near to men who cannot with the naked intellect come into contact with intelligible realities in the naked state, He selects things which are familiar to them, combining together various stories, symbols, parables and dark sayings; and in this way he becomes flesh. Thus at our first encounter our intellect comes into contact not with the naked Logos but with the incarnate Logos, that is, with various sayings and stories.… For the Logos becomes flesh in each of the recorded sayings.”   (Toward an Ecology of Transfiguration: Orthodox Christian Perspectives on Environment, Nature, and Creation, Kindle 1524-29)

The Scriptures in this way help introduce Christ to us. They are in some way a pre-incarnation of the Word of God. They are written in familiar terms, stories, and using symbols which gently introduce us to the Divine Word of God. God of course remains beyond our comprehension and yet reveals Himself to us in historical events as well as in the sentences and letters of the Holy Scriptures.

St. Maximos presents it this way:

“Just as God in His essence cannot be the object of man’s spiritual knowledge, so not even His teaching can be fully embraced by our understanding. For though Holy Scripture, being restricted chronologically to the times of the events which it records, is limited where the letter is concerned, yet in spirit it always remains unlimited as regards the contemplation of intelligible realities.”   (THE PHILOKALIA, Kindle Loc. 17499-504)

The Scriptures, a written word, are understandable to us. The Scriptures are miraculous in that in these words and sentences are hidden the deepest mysteries of God. Yet these same letters and paragraphs reveal God to us. The Scriptures thus contain writings that are restricted in time, reflecting the human thought of particular periods in history, yet always also containing the timeless revelation of the eternal God. So we are encouraged to read the Bible for in and through the literal expressions and stories, the heavens are opened to us. We are transfigured and transformed by the Scriptures as we move from their earthly and literal nature to their divine meaning. Thus the Scriptures are essential to our life as Christians.

So among the revered desert fathers, we find these teachings:

“God demands nothing from Christians except that they shall hearken unto the Divine Scriptures, and shall carry into effect the things which are said in them, and shall be obedient unto their governors and the orthodox fathers.” (The Paradise or Garden of the Holy Fathers (Volume 2), Kindle Loc. 3884-86)

Abba Arsenius used to say, “thou shalt do nothing without the testimony of the Scriptures.”   (The Paradise or Garden of the Holy Fathers (Volume 2), Kindle Loc. 3523-24)

St Symeon the New Theologian says that we need to compare what we learn today in the church and what we see in the lives of our teachers with the Scriptures.

“But you yourself should also study the divine writings – especially the works of the fathers that deal with the practice of the virtues – so that you can compare the teachings of your master with them; for thus you will see and observe them as in a mirror. Take to heart and keep in mind those of his teachings that agree with the divine writings, but separate out and reject those that are false and incongruent. Otherwise you will be led astray. For in these days there are all too many deceivers and false prophets.”   (THE PHILOKALIA, Kindle Loc. 35213-22)

Finally we read an admonition to live the Scriptures and not just stand in awe of them, or else they will be forgotten.

One of the old men used to say, “The Prophets compiled the Scriptures, and the Fathers have copied them, and the men who came after them learned to repeat them by heart; then hath come this generation and [its children] have placed them in cupboards as useless things.”   (The Paradise or Garden of the Holy Fathers (Volume 2), Kindle Loc. 972-74) Book of God, Logos of God
Seraphim Hamilton
When you understand the network of symbolic associations made within Scripture itself, you realize that the Bible and the Fathers are not roughly in the same ballpark: both of them are very precise, and they are describing exactly the same thing. Biblical theology and Patristic theology flawlessly roll together.