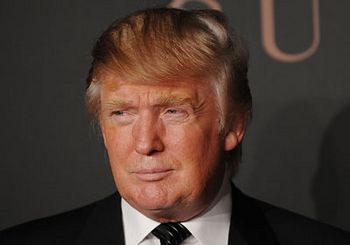 Donald Trump
The Moscow Patriarchate is hoping that the victory of Donald Trump in the U.S. presidential elections will positively impact the international situation.

"I don't think we should fall into euphoria about the Republican candidate's victory. Time will show what kind of president he will be, whether he will fulfill the promises that he gave during the election campaign. But his election gives hope for improvement of the entire system of international relations, for the creation of a unified global coalition against terrorism," Metropolitan Hilarion of Volokolamsk, the head of the Synodal Department for External Church Relations, said in an interview with Interfax-Religion on Wednesday.

He said he believes the rhetoric of U.S. Democratic Party candidate Hillary Clinton had failed to convince a majority of the voters "and even active support from incumbent President Obama did not give her more votes."

"The choice was not only between two persons. Essentially, the Americans were asked the following question: do you want everything to stay as it was or do you want changes? And the American people voted for changes," he said.

Metropolitan Hilarion admitted that he as head of the Synodal Department for External Church Relations was especially interested in the Middle East issue in connection with this election. What Orthodox Christianity Can Bring to American Christian Politics
While Orthodox Christians in the United States are just as likely as others to succumb to these false dichotomies, their history might offer a way out of the ideological traps and self-contradictions that dominate current political discourse.
Comments