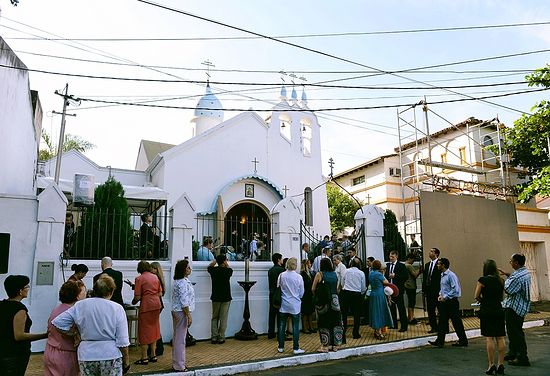 The collective of the Caritas charitable organization in Argentinian Curuzu decided to adopt Orthodoxy as they were deeply impressed by Patriarch Kirill's sermon during his tour to Latin America this February.

"During the patriarch's visit he (a Caritas official from Curuzu) watched the transmission from Asuncion. He was deeply touched by our primate's words and the fact that he visited the small provincial town of Asuncion and served in a small church and gave such a wonderful sermon," Metropolitan Ignaty of Argentina and South America said on the Soyuz TV channel.

"He started studying Orthodoxy and eventually together with his staff, there are about twenty people, decided to convert into the Orthodox faith," the hierarch said. 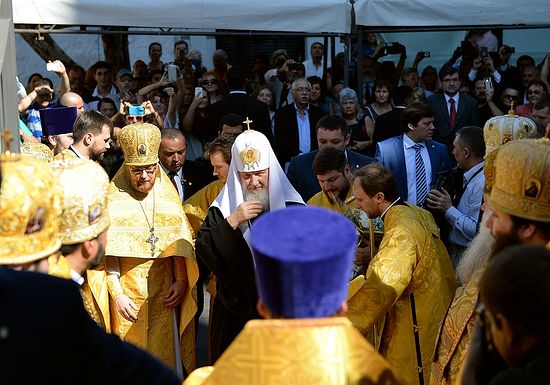 According to the metropolitan, his name is Ernesto and he is now taking a distance seminary course and is going to become a priest. Moreover, he built a small church together with his companions.

The metropolitan also told about a Catholic monastery in Brazilian Santa Rosa, where they venerate Orthodox icons and even learned to make them in the Russian style.

He npted that there is great interest in Russian culture in South America. Many people learn Russian, there are clubs dedicated to Fyodor Dostoyevsky and Leo Tolstoy, Russian movies based on classical literature are very popular, and an emigrant from Russia chairs the faculty of the Russian Literature in Sao Paulo University where she managed to attract a collective of the best translators who translate Russian classics into the Portugese language. A Protestant pastor in Kaliningrad embraces Orthodoxy
“I would compare my joining of the Protestant community with the escape from Egypt (that is, from the sinful world) to the Desert of Sinai. And my return to Orthodoxy is like the crossing the Jordan, the beginning of the invasion of the promised land.

4 Things That Are Not Reasons I Became an Orthodox Christian
I became Orthodox for love of the truth of the God-Man, Jesus Christ, His Paschal Mystery, and the salvation found in Him.
Comments