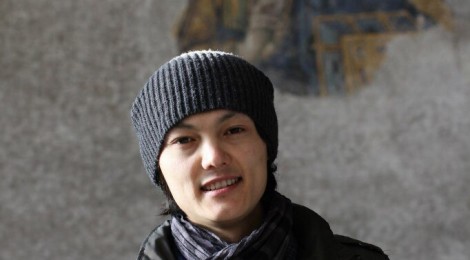 On Sunday April 17, 2016, Nikita Yeremeyev, former pastor of a Protestant community, was received into Orthodoxy in Kaliningrad, reports the Kaliningrad Diocese’s official website.

“My conversion to Orthodoxy from Protestantism is not a mere desertion from the enemy’s army, but rather a result of some sort of evolution of worldview. In Protestantism I became acquainted with the Christ of the Gospel. And in Orthodoxy, I have met the Christ Who lives now, in the sacraments of the body of the Church,” the young pastor relates.

Nikita Yeremeyev compares Orthodoxy with the promised land: “I would compare my joining of the Protestant community with the escape from Egypt (that is, from the sinful world) to the Desert of Sinai. And my return to Orthodoxy is like the crossing the Jordan, the beginning of the invasion of the promised land. This is how early Fathers of the Church characterized a Christian’s life: this is the struggle and death in battle for the land of meekness, for the life with Christ in the Heavenly Kingdom.”

According to the chairman of the missionary department of the Kaliningrad Diocese Priest Alexander Permyakov, other Protestants have a keen interest in Orthodoxy as well.

“The problem is that Protestants encounter one Orthodoxy in books, but see another Orthodoxy in the lives of Orthodox Christians themselves. And this is the main reason of why these sincere people are still not with us,” the priest noted. “I understood: either I go with Christ or I die.”
Priest George Maximov “The Closer I am to God, the Farther away I am from Addiction”
Interview with former drug addict Kirill Akhmedov

“The Closer I am to God, the Farther away I am from Addiction”
Interview with former drug addict Kirill Akhmedov
The path to Jesus Christ is a never-ending journey of self-improvement; it is the value that will be with you all your life, no matter what. Reflections of an Orthodox Pilgrim
Fr Brendan Pelphery
Converts to Orthodoxy are frequently asked why we became Orthodox. Since my wife and I were chrismated in 1995 we have answered this question hundreds of times, but often it is difficult to know exactly what to say. It is not that our story changes each time, but that the reason for asking can be different for different people. But first a word about how we became Orthodox.
Comments

meskerem5/12/2016 1:19 pm
i think she is saying in early protestant membership mind .i myself am protestant but i think the change of heart is possible in otthodx church also .let us not fight over nonsencse cause Jesus Christ is the center of our religion.
×