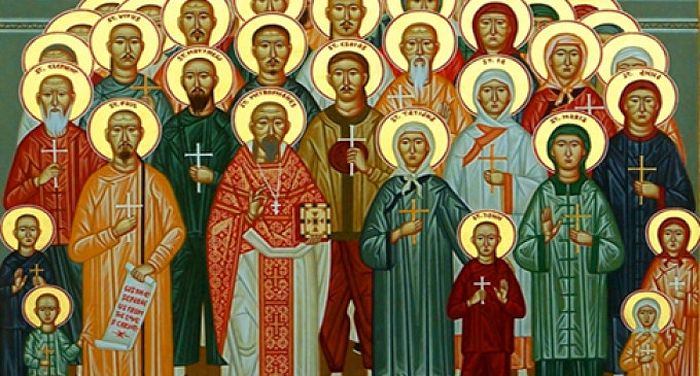 An exposition, opening in the Anglican Cathedral of St. John in the center of Hong Kong, speaks about the 300-year history and the current situation of the Orthodox Church in China, reports Interfax.

According to the organizers of the exhibition, it “aims to show ‘Orthodoxy with a Chinese face,’ and is timed to several important dates—300 years of the Russian Orthodox mission, 330 years since the arrival of the first Orthodox priest in China, and 60 years since the formation of the Chinese Orthodox Autonomous Church.”

Orthodoxy came to China amidst the labors of Russian missionaries. The pastoral activity of the Russian Church in China began in the seventeenth century, when a Russian priest, Maxim Leontiev, arrived in Peking. In 1713 the Russian spiritual mission in China was established. On November 23, 1956, by decision of the Holy Synod, all Orthodox Churches in China were transferred to the canonical authority of the Chinese Orthodox Church, which was granted autonomy, with the approval of its choice for primate by the patriarch of Moscow and All Russia.

After the death of Bishop Symeon of Shanghai in 1965 the Chinese Orthodox Church lost its archpastoral leadership. In 1997 the Synod of the Russian Church stated that, inasmuch as the Chinese Church did not have its own primate, pending his election by the Local Synod of this Church, care of its flock would be exercised by the patriarch of Moscow and All Russia.

Today China has tens of thousands of Orthodox, who mostly live in Peking, Shanghai, the Heilongjiang province, and the autonomous region of Xinjiang and Inner Mongolia.