A Teenager’s Meeting With God

In the teenage years a person finds himself at the crossroads: He is reevaluating what his parents have already managed to teach him, is looking for his “own way”, his own approach to truth. How can we talk to young people about the Church? How can we find the right words and not drive him away? How must we ourselves spiritually prepare ourselves for this dialogue, which is not so simple? Archpriest Alexander Ovcharenko answers these questions. 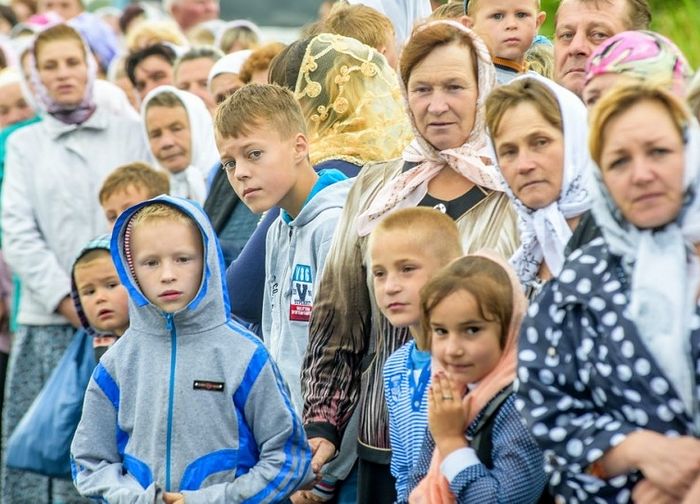 How to talk with children about the Church… If this is not possible to do with little children, then a special approach is needed for teenagers. Certainly there is no recipe. And thank God! We are all different, and our children are all different. Therefore we must approach everything with discernment. Everything that is done and spoken without discernment can lead to extremely sorrowful spiritual consequences… There is no virtue without discernment.

In beginning a conversation with a teenager, a parent, an adult, or a priest should first of all (of course it all depends upon the circumstances, the time, or the incident leading up to the conversation) find himself—the one who stands before God in the mystery of confession or in rare minutes of attentive prayer and feeling the presence of God. This is something that must be remembered—I must remember myself, who I am in reality, without the masks; and this is the state that I must be in before talking with children. Whether voluntarily or involuntarily, we all wear many masks—“teachers”, “leaders”, “sufferers”, “experienced”, and so on. These masks, these disguises are deliberately false clothing over our personalities. Teenagers feel this falseness very acutely and quickly. It is vital that the moment of conversation bear a sincere character of concern, caring, pain—not for ourselves but for them! There is a great difference!

The faith of children is still only “mama and papa’s faith”—because they “have to”, have it, so that they won’t be scolded, or (in the teenage years) out of inertia if they went to church from infancy. They have not yet had the personal Meeting, that one and only, amazing meeting, which should happen in their lives. This is a rare, exclusive event, one could even say a unique event, and, undoubtedly, it can be assessed only as the action of special grace—when we observe a real, living, and firm faith in holy children.

It is very hard to speak to children about faith, to especially teenagers… These are very special people, with whom we cannot speak just for fun, or use stamps and dead images. After one minute of boredom they will already be in another world, and in five minutes, they will have run away from us. But this does not mean that we should play with them and entertain them. I repeat, only sincerity and only respect for the person we’re talking with (and I emphasize, respect), I would even say acceptance of him as an equal in conversation and not some stupid kid, has any effect.

First we must establish a mutual relationship, and only then mutual action (that is, we must first establish the proper human relationship in order to have a successful conversation). And everyone has his own individuality. We mustn’t cite morals to them. An improper sermon or ostentatious piety repels the teenager from God and the Church. Words must be simple and accessible. Christ preached to His apostles and to the people in parables that they could understand. If we hit the teenager over the head with the Gospels, his instinct of “self preservation” in his teenage world will kick in. But if we do not force or pressure him we then give him an opportunity to open up to us and meet us half way. We must not “herd” children into the Kingdom of Heaven, but rather we should try to befriend them. It would be good to find out their interests and problems, that is, begin a simple conversation “heart to heart”. And then there will be plenty of bridges that would lead to conversation about the “one thing needful”.

And it’s better not to pre-digest it; it’s better to give spiritual food from the heart and then leave it—give the youngster the opportunity to think for himself, suffer, contemplate, and come to his own conclusions. Of course, it is an art to direct Him to Christ; but there is no other way. If we truly want them to become real believers we have to take risks. But that’s how it is for anything. We always have to differentiate between their ages—this is very important. It also makes a big difference whether it is a boy or a girl. There are specific points. We have to recognize their right to their own choice and mistakes. God Himself has granted this right, in the form of their free and unique souls. This is a priori. 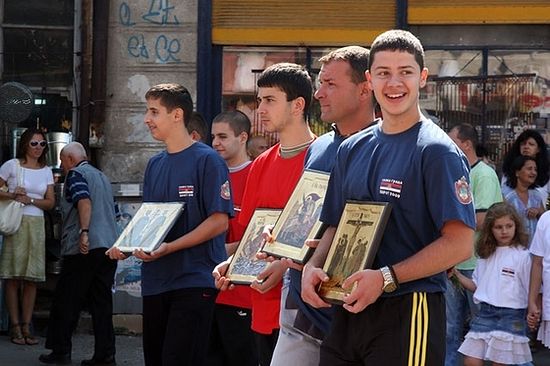 In general, any conversation about faith should begin not with theological points but with the right heart. Remember the words of the apostle Paul in his first epistle to the Corinthians? Howbeit that was not first which is spiritual, but that which is natural; and afterward that which is spiritual (1 Cor. 15:46). For example: A cup was shattered. Children were playing. One second, and the child’s gaze is searching for support—just a moment ago he was sinless and happy (the fiftieth Psalm is not appropriate here), but now he is worried; he’s not frightened yet but he’s already expecting… What is the child expecting? What might he hear from us? There are in fact only two possibilities. The first is his parents’ fury and rage, then punishment—and as a result, fear, paralysis of thought and feelings, and finally, in the future, weakness of soul. No conclusions were drawn whatsoever. We are hasty in punishing children, and as a rule we punish them not for moral transgressions (laziness, deceit, baseness, cowardice) but because they kept us from “relaxing”, or we’ve lost something. And second: What a wonderful opportunity for the adult, for the parent, is this spontaneous example in life. How can we set priorities? We have to take advantage of them and show what is most important. For example. The younger one broke the cup, and the older sister cleans it up. We can suggest to the younger one that he should thank his sister and kiss her on the cheek; that he should not be afraid to admit his mistake and know how to correct it. We can teach him that he should be careful with things—after all, he has to keep his conscience clear with respect to God, people, and things. This of course applies more to the older children. And for the older children it will be a good example of love and helping others, as well as a good exercise—don’t count your merits and good deeds. A cup is a little matter, but great benefit can come out of it.

In any case, it is not your company but his friends’ company that interests the teenager, and you have to recognize that that’s how it is; it’s obvious. But our conversation should be heart to heart, and then the youngster cannot but feel this and appreciate it. We cannot force them to never make mistakes or commit sins; this is impossible in principle. They act as did the inexperienced, inattentive, self-assured Eve. They think that the whole world lies at their feet, and they want to try sin “with their teeth”. However, it is one thing to spit it right out, but another thing to reach for the next “fruit”. Here we can succeed in building a foundation, a backbone, which will someday be our children’s support; and we hope that they will make their choice in favor of goodness and virtue. How can we teach children to pray?
Fr. Andrei Chizhenko

How can we teach children to pray?
Fr. Andrei Chizhenko
Your sons and daughters will travel their own particular paths in life, but you know that the foundation laid in their souls is true. They will fall and make the same mistakes you did in your youth, but they will be their own. And they will get up to go on. But upon them, in their inner hearts' horizon, will shine the star of Orthodoxy, carrying them through life. Only try from a young age to instill in them, with God’s help, love for prayer. It is a journey, and its boat will undoubtedly guide us to God.