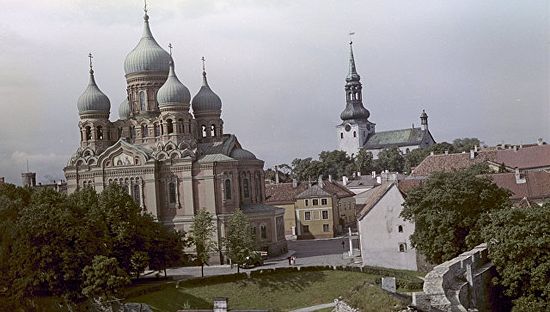 Estonian Minister of Culture Indrek Saar has signed an order recognizing as cultural monuments the structures, iconostasis, icons, and altarpiece with framework of the church of St. John the Baptist in the village of Kolga-Yani, reports the portal Delfi.

The Orthodox Church was built in Kolga-Yani (near the city of Tartu) in the 1870s. At the same time it was decided how to decorate the church, including the wooden iconostasis, icons, and altarpiece with frame behind the iconostasis. In all, nineteen sacred images, surrounded by wooden decorated designs, were included as monuments.

According to the adviser for protecting monuments of antiquity, Estonian Minister of Culture Liini Yanes, it is very important that the ensemble was taken under protection as a whole. “Although the decoration of the church of St. John the Baptist in Kolga-Yani was completely typical for the 1870s, it has become a rarity by our times,” noted the adviser.

Until now, not a single iconostasis as a whole had been taken under protection. The proposal to recognize the church décor as a cultural monument was made by the department for protecting monuments of antiquity, arguing for it on the basis of its time and place, uniqueness and wholeness. The recognition of the object as a cultural monument allows the owner to apply for grants for maintenance and beautification. Ancient church with pre-Mongolian frescoes to be restored in North Ossetia
The monumental wall paintings of the pre-Mongolian and Mongolian periods have survived in this church which was transferred to the diocese in 2015. Similar examples of such early Church artwork are known mostly in the north of Russia, first of all in Veliky Novgorod and Pskov. Rally in defense of the family values takes place in Tallinn
The protest action, which lasted more than two hours, was organized by the foundation, “In Defense of Family and Traditions”. According to head of the foundation Varro Vooglaid, the rally is meant to show the parliament deputies that the people are opposing the partnership law enactment and attempts to change the essence of such concepts as marriage and family.
Comments
×