Patriarch Kirill: We do not condemn people with non-traditional orientation 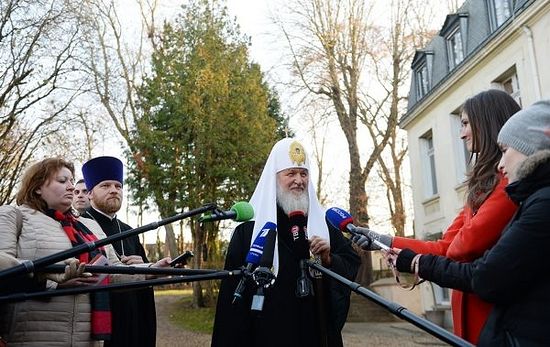 Patriarch Kirill of Moscow and All Russia has noted that while the Orthodox Church has strict, traditional stances on marriage and family matters, it does not condemn people, who are always called in love to repentance.

In Paris to consecrate the new Trinity Cathedral and spiritual center, His Holiness also met with the Catholic archbishop of Paris, Cardinal Andrew-Ben-Tura in which the theme of sexual orientation was raised.

Summarizing the Church’s stance, at a press conference the patriarch stated:

“I must say that nothing changes in the Church’s position, and cannot change, because it is against Christian morality. I want to say again that we don’t judge anyone—neither Catholics nor Orthodox. We don’t require a hard line towards people of a peculiar sexual orientation. But we categorically oppose the equating of such relationships with marriage, which was defined by God and results in children being born and the continuing of the human race. What is included in God’s design cannot be corrected by any political doctrine or practice. On this is built the position of the Church.”