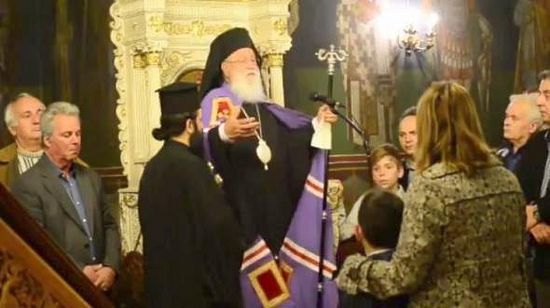 Metropolitan Alexandros of Mantineia and Kynouria has reported that he received an official summons and will soon appear in court for his statements regarding representatives of sexual minorities.

Vladyka reported that he is obliged to give testimony before Tuesday September 27.

In April 2016 the metropolitan of Mantineia spoke out sharply against Greek Parliament’s adopting of the law on free cohabitation: “Worst of all is that Parliament voted for laws which call perversion and depraved couplings of people of the same sex marriage.”

Ishmael10/28/2017 4:54 pm
I am an orthodox Muslim electrical engineer from Pakistan. I was curious about greek mysticism because modern world is more influenced by greek rationalism which is employed by secularists to supposedly bury God. I am happy to learn that those with greek DNA still have love in their hearts for the spiritual homeland of Middle East.

Eliyah12/6/2016 10:58 pm
A real witness of the faith against the depravity of this corrupt government. Bless be this bishop who has the courage to be a real bishop!!

Anthony9/26/2016 8:18 pm
St Kosmas Aitolos prophesied this period in Greece when he said ''there will come a time when you have a government, but it will be as though you had none.'' These are nothing but foreign-controlled puppets who are attacking Greece from within - they have sold her to foreign interests, plundered her, and now the final blow in their attack on the Church. It all depends on the Greek people and their repentance as to whether or not they pull through. God sends leaders according to the disposition of a nation. May God help Pater Alexandros - anyone reading this, please add him to your prayers, and have him prayed for in your local Church. The power of prayer does so much to help those in need during turbulent times.
×