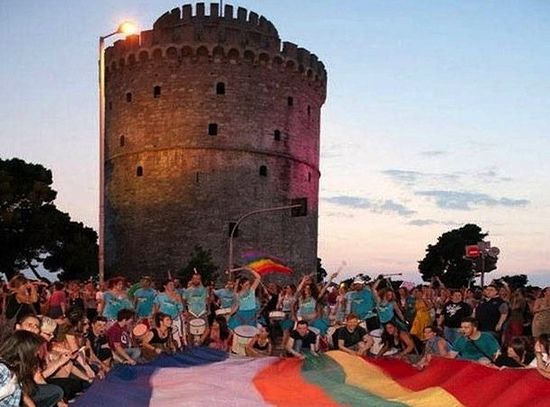 With the support of the Ministry of Education, the non-governmental organization “Multi-Colored School” will conduct a conference in support of homosexuality for Greek teachers, reports AgionOros.ru.

The ministry has invited both elementary and high school teachers to the event which began in one Athenian high school. The staff of “Multi-Colored School” will speak to teachers about “the necessity of protecting the rights of sexual minorities,” along with a presentation on the textbooks “in support of the LGBT community.”

Metropolitan Paul of Glyfada has criticized the conference, saying, “Under cover of calling for respect for sexual minorities in Greek schools, they are, in fact, openly promoting sodomy.”

A number of propagandistic programs on “LGBT values” are being introduced into Greek schools this year, in particular the “Body and Identity” thematic week in which high school teachers are to promote homosexuality and transsexuality. The program has evoked an outcry from parents and clergy.

The thematic program is to include discussions about sexual behavior and sexual relations, analyses of phallic symbols, discussions on “sexuality in adolescence,” including topics such as the emergence of sexuality, sexual intercourse, expressions of sexuality, sexual identities, etc, and an activity in which students are encouraged to gather in a notebook all abusive words and expressions they hear or can find in media.

Metropolitan Ambrose of Kalavyrta has commented that the Greek government “is imposing debauchery and immorality upon school students.” He also expressed the conviction that the Ministry of Education “takes orders from outside. Foreign centers of decision making are answering all our questions instead of Greeks themselves.”

Metropolitan of the Greek Orthodox Church to appear before court for sharp remarks concerning sodomy
In April 2016 the metropolitan of Mantineia spoke out sharply against Greek Parliament’s adopting of the law on free cohabitation: “Worst of all is that Parliament voted for laws which call perversion and depraved couplings of people of the same sex marriage.”
Comments
×