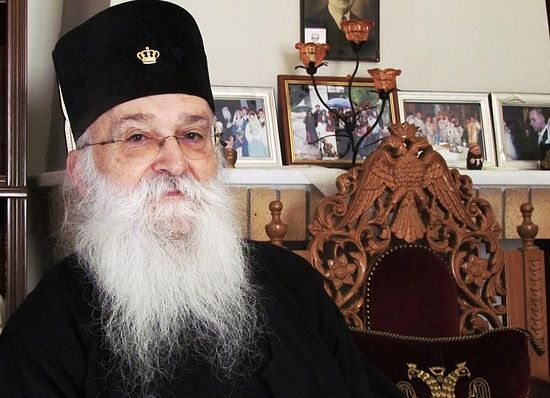 Protest and unrest is growing in Greece against new directives coming down from the Ministry of Education to “eradicate sexual prejudice” and “homophobia and transphobia” through a new leftist education program. As previously reported, Metropolitan Seraphim of Piraeus has already sent a protest epistle to Minister of Education Konstantinos Gavroglou.

As Agionoros.ru reports, a number of other Greek hierarchs are speaking out as well against the corruption of Greek youth.

Metropolitan Ephraim of Hydra emphasized that the Orthodox Church does not and cannot agree with the ministry’s directive, and called on parents to protest and refuse to allow their children to go to such “lessons.”

Metropolitan Paul of Glyfada argued that these “lessons in sodomy” are surely not random or accidental, recalling the Greek Deputy Minister of Education’s statements at a Thessaloniki gay parade that “students should know that diversity in sexual orientation is a treasure not to be ashamed of.”

Vladyka has also urged parents and teachers to protest the program which includes presenting workshops and “experiential exercises” on biological and social gender, deconstructing gendered stereotypes, and homophobia and transphobia in society and schools to 12-15 year olds, Romfea reports.

He also notes that the new program is to include discussions about sexual behavior and sexual relations, analyses of phallic symbols, discussions on “sexuality in adolescence,” including topics such as the emergence of sexuality, sexual intercourse, expressions of sexuality, sexual identities, etc, and an activity in which students are encouraged to gather in a notebook all abusive words and expressions they hear or can find in media.

In his words, such “lessons” are “unacceptably intrusive,” and “our children are bombarded with distorted ideas aimed at forming unhealthy attitudes in life.” 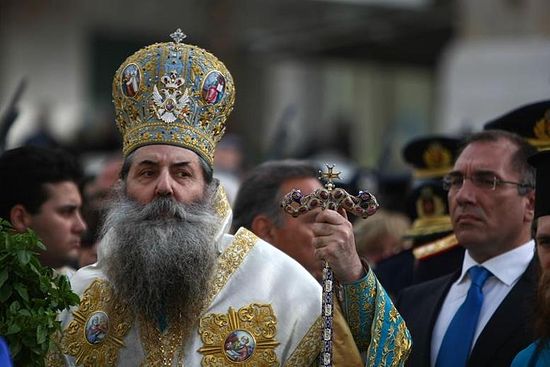 In addition to his letter to the Minister of Education, Met. Seraphim of Piraeus has also released an epistle to be read in all parishes of his diocese at Liturgy on Sunday, January 29, in which he encourages parents and guardians to protest and demand that their children be exempt from this propagandistic educational program. The letter has been published in full on Romfea and summarized on Sedmitza.

While noting that the Church respects everyone’s freedom of choice, the fiery prelate insists that it cannot condone and participate in actions which undermine human ontology and physiology and incite and promote base passions such as homosexuality and pedophilia, comparing them to Sodom and Gomorrah.

He reminds that the Bible, and the entire Orthodox Tradition, condemns the passion of homosexuality as among the most impure sins, “evoking the contempt of God.” He also stressed that public manifestations of homosexuality offend those with moral convictions and help to destroy the foundations of the Greek family and society.

All this, he argues, is the work of the evil one, in complete contradiction to God’s wondrous plan for man:

Today Satan again raises his head and boldly threatens destroy everything good, high, moral, spiritual, and Christian, in accord with the Gospel and Patristic Tradition, which was already achieved in the previous period of life and activities of the Orthodox Church. He is trying to seduce man, whose purpose is the subordination of the flesh to the spirit, the spiritualization and deification of man by grace—not conversely the subordination of the spirit to the flesh. It is the subversion of the plan of the Triune God for man. Satan wants man to become a slave to the flesh, to pleasure, to sin, not a spiritual but a material creation, as the irrational animals. Greek metropolitan: “How have we come down to this? Instead of rising against disgraceful sodomy, the court has summoned a bishop of the Most High God!”

Greek metropolitan: “How have we come down to this? Instead of rising against disgraceful sodomy, the court has summoned a bishop of the Most High God!”
Metropolitan Jeremiah of Gortys has supported Metropolitan Alexander of Mantineia and Kynouria who was to appear before the court for his criticism of sodomy.