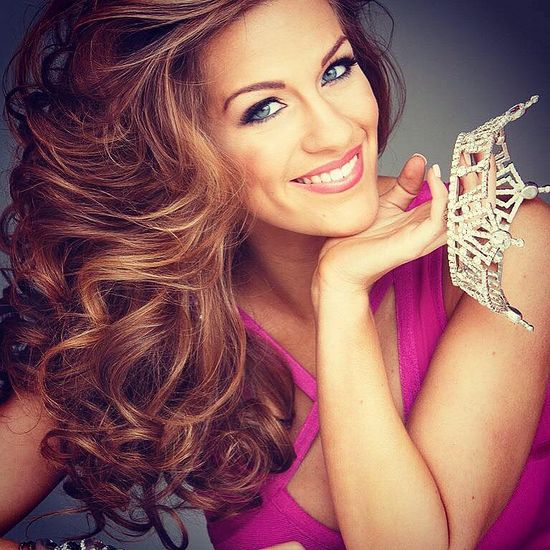 On Sunday, September 13, the twenty-one year old Miss Georgia, Vasiliki “Betty” Cantrell took up the crown and title of Miss America 2016 in the competition’s 95th anniversary held at Atlantic City’s Boardwalk Hall. Cantrell, who impressed the judges with her vocal performance, is involved in numerous artistic and charitable activities, several among them involving her Greek Orthodox faith.

Cantrell’s name “Vasiliki” fittingly means “royalty” and was given to her in honor of her Greek grandmother. Also of German descent, she celebrates her Greek heritage as part of a Greek dance troupe.

More importantly, she is an avid music student and performer and among her many activities is Byzantine chanting in both Greek and English at her Holy Cross Greek Orthodox parish in Macon, GA. She holds a Bachelor of Music degree in Vocal Performance from Mercer University where she received both academic and music scholarships, and her musical prowess was on display at the Miss America competition when she offered the judges and audience a stunning performance of “Tu Tu Piccolo Iddio!” from the opera Madame Butterfly which can be viewed below.

She was also named the Overall Talent winner in the Miss Georgia Competitions of 2014 and 2015, won the 2014 and 2015 National Association of Teachers of Singing competition involving forty-five colleges and universities, has been honored to sing the National Anthem at several public events, and has participated and been featured in numerous musical and theatrical groups and productions throughout her high school and college careers.

The new Miss America also puts her faith into action, having held several leadership positions, including her work as facilitator and distributor of canned goods to local food banks on behalf of her Holy Cross Greek Orthodox Church where she also teaches Sunday School. Additionally, she has developed and taken part in numerous charity events including benefits for the YMCA, Children’s Miracle Network Hospitals, and Miss America’s Day of Service.

Over the next year as Miss America Cantrell will travel extensively on behalf of Children’s Miracle Network Hospitals for which she will serve as the National Goodwill Ambassador. She will also have many speaking engagements to promote her platform of “Healthy Children, Strong America.”

In addition to the coveted crown and busy schedule Cantrell won a $50,000 scholarship provided by Joseph Ribkoff Inc. and the Miss America Organization in order to further her education. She hopes to graduate with Honors in Musical Theatre and Voice, and one day perform on Broadway. I like the Christian life: Chris Hillman talks about his faith
This is the coolest thing I’ve seen all day.
Comments

Maria Vastianou Grigoriadi9/22/2015 10:18 am
Really really beautiful voice. She mixed up the performances though. The mannerisms would be fine for Carmen, but not for Butterfly who sings farewell to her baby right before committing suicide...

George McGuire9/19/2015 2:02 pm
With the pagent held at night, after. Sundown,she actually won on September 14, the nameday of our Church. God is with us and with her that night. I also attend Holy Cross and last spoke to Betty two Sundays ago