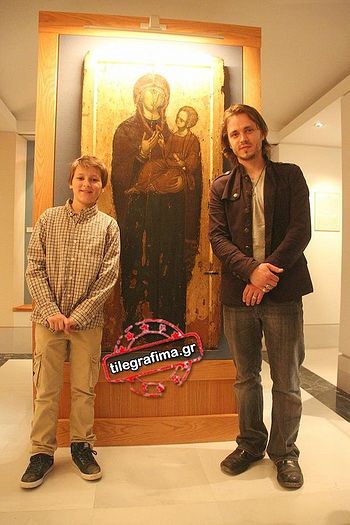 Jonathan Jackson, a popular American actor, has visited Holy Mount Athos together with his 8-year-old son and Fr. Matthew, his confessor, reports AgionOros.ru.

During his first pilgrimage to Mt. Athos the actor visited the Xenophontos, Simonopetra, and Vatopedi Monasteries. He spent five days at Vatopedi Monastery (from last Friday till Tuesday this week). Jackson, who attended all services, has been much impressed by the life of Athonite monks. He has characterized Archimandrite Ephraim, Abbot of Vatopedi Monastery, as “a man filled with love of Christ”. 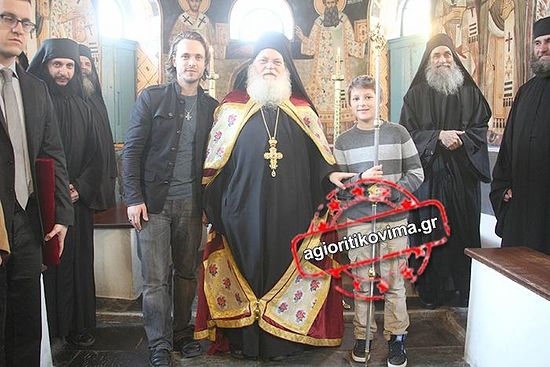 In his interview given to the Greek journalists Jackson has said that he read much about the Holy Mountain and dreamt of visiting Mt. Athos and seeing the place where people for more than 1000 years are praying for mankind. He has expressed the hope that in the future he will make regular pilgrimage trips to Mt. Athos. 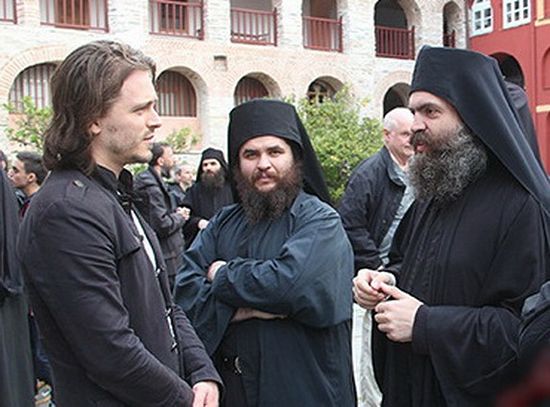 Jonathan Stephens Jackson was born in Orlando, Florida, but was raised in Washington state.

In spite of his young age Jackson has already played many roles: his performances are vivid and he is completely devoted to his work in films and television serials.

On June 25, 2012, the 39th annual creative arts Daytime Emmy awards ceremony was held in Los Angeles during which the best USA daytime television programs of that year were awarded.

Among the award winners was the famous Hollywood actor Jonathan Jackson who received an Emmy for the best performance in a daytime serial – his role in General Hospital.

As soon as the winner’s name was announced and Jackson came to receive the prize, he astounded all those present and the millions of television viewers who were watching the ceremony. The actor made a sign of the cross, confessed his faith in the Most Holy Trinity and thanked monks from Holy Mount Athos, “who are praying for the whole world”.

Jonathan Jackson was born into a Seventh Day Adventist family but about three years ago he and all his family converted to Orthodoxy. According to the actor, he “decided to be with those who do not say many words but give priority to prayer. The beauty of Orthodoxy is available for anyone. If you were born in another tradition or have a different mentality, it will be not easy for you to accept Orthodox Christianity. However, the one who will manage to overcome himself or herself, will receive a true joy and blessing”. An Ineffable Fragrance
Metropolitan Nikolaos of Mesogaia and Lavreotiki
It is impossible to describe how exquisite and noble are the podvizhniki![1] These people—although they bear the traces of harsh struggles, although their bodies are so withered and emaciated—have a fragrance and grace imprinted on their wondrous souls.
Comments

Andrew Kourkoumelis7/1/2015 12:26 am
As a fellow American Orthodox Christian I'm overjoyed to have initially seen Jonathan Jackson at the Emmy Awards when he so very humbly acknowledged the Holy Trinity along with the monks of Mt. Athos following the depiction of the cross. He's a testimonial of a courageous Christian who is NOT shy to manifest his faith in our Lord & Savior, Jesus the Christ!!
×