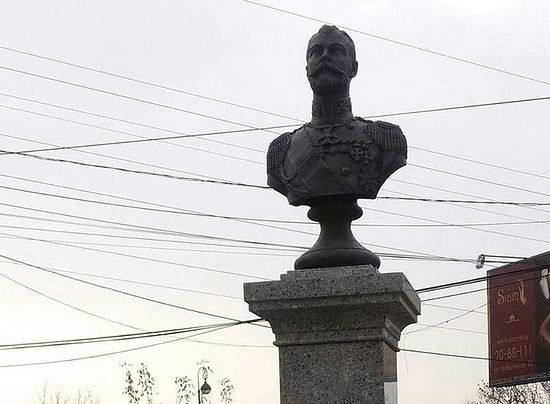 A new monument to Emperor Nicholas II has been established on the grounds of the Cathedral of the Intercession in the center of the Russian city of Vladivostok.

The monument is timed to mark the 125th anniversary of a visit by Tsesarevich Nicholas Alexandrovich to the city from 11-21 May 1891, after returning from his Eastern journey of Asia in 1890–91. It was during this historic visit, that an assassination attempt was made on Russia's future emperor in Otsu, Japan on 11 May [O.S. 29 April] 1891.

The official opening and consecration of the monument will take place on December 19 - the feast day of St. Nicholas - patron saint of Saint Tsar-Martyr Nicholas II. Monument to Tsesarevich Nicholas Unveiled in Chita
Paul Gilbert
The monument was created to mark the Tsesarevich’s visit to the Trans-Baikal region, where he spent 11 days in June 1891. It is the only monument in Russia which depicts Nicholas II as Tsesarevich