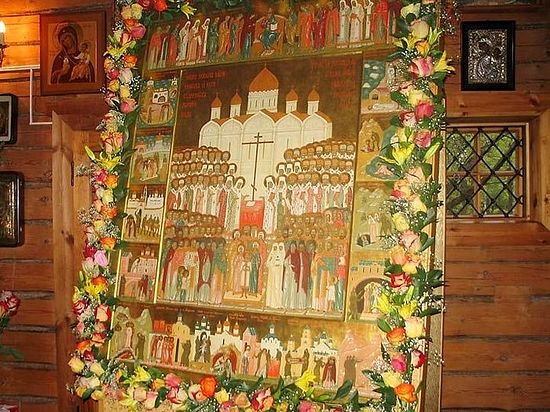 The main activities marking both anniversaries are planned for late October through early December.

At a recent meeting of diocesan department heads, Metropolitan Barsanuphius of St. Petersburg and Ladoga noted that a special reliquary is being prepared, which will contain the relics of every New Martyr whose remains have been uncovered, according to the diocesan site. “It will travel through all dioceses of the Russian Orthodox Church,” the bishop stated.

There are tens of thousands known martyrs from the Soviet era, with over 1,000 currently canonized, new names being added as each case is investigated.

Archpriest Vladimir Sorokin of the information department also reported that the commission for canonizations will be issuing a new Synodikon including the names of nearly 6,000 who suffered for their faith under communism. The commission has also proposed that all diocesan monasteries serve a Divine Liturgy on the evening of February 18 in commemoration of the February 18, 1932 expulsion of all monks and nuns from St. Petersburg, then Leningrad. Metropolitan Barsanuphius supported this initiative.

Among the Russian New Martyrs are included the Royal Martyrs—Tsar Nicholas II and family, hierarchs, clergy, and countless faithful laymen for whom nothing in this world was more precious than Christ our God. Educator guidelines on classes dedicated to the New Martyrs of the Russian Church have been developed
For state and municipal educational institutions this course is recommended for spiritual and moral development in the out-of-school-time activity.

About 35,000 New Martyrs included in database of St. Tikhon's Orthodox University
The first wave of repressions against clergy (1918-1920) alone swept away about 9,000 lives. Over 10,000 clergymen were found guilty during the confiscation of church treasures campaign, launched in 1921.
Comments
×