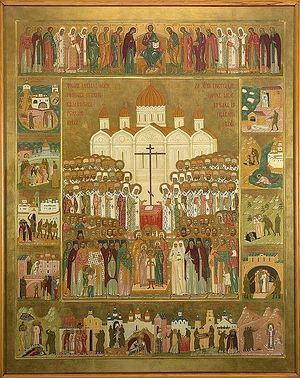 An educator handbook on classes dedicated to the the New Martyrs and Confessors of the Russian Church in educational institutions has been worked out, reports the official website of the Synodal Department for Religious Education and Catechization of the Russian Orthodox Church.

The manual for holding classes at educational institutions of both general and higher education has, with the blessing of His Holiness Patriarch Kirill of Moscow and All Russia, been developed in connection with the upcoming centennial of the 1917 revolution by specialists of the Synodal Department for Religious Education and Catechization.

For educational institutions with a religious (Orthodox) component and Orthodox institutions of higher education, this course is recommended as a module (a course unit) called “The New Martyrs and Confessors of the Russian Church”, integrated into the subject, “The Basics of the Orthodox Faith” (the subsection: “The History of the Russian Orthodox Church”).

For state and municipal educational institutions this course is recommended for spiritual and moral development in the out-of-school-time activity.

The incorporation of this module into educational curricula for institutions of general education and the system of higher education is designed to focus students’ attention on the exploit of their fellow-countrymen who suffered for the faith of Christ and for faithfulness to the Church in the first half of the twentieth century, and on the exploit of the Russian people in the context of the national history.

The module can also be used as part of the subject area called “Basics of Spiritual and Moral Culture of the Peoples of Russia” in the 2016-2017 school year.

This document is nonbinding and it is subject to correction depending on the specific character of a region.