Life of St. Innocent of Irkutsk, head of Chinese mission, to be published in Chinese 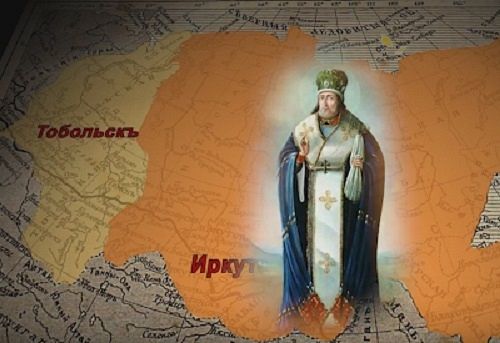 On February 14, 1721, Hieromonk Innocent (Kulchitsky) was consecrated as Bishop of Pereslavl in preparation for his assignment as head of the Russian Church’s mission to Beijing and representative of the Russian government. He journeyed to Selingin on the Chinese border but was refused entry into China due to his ecclesiastical status. He spent three years in limbo and deprivation in Selingin until he was named as first bishop of the new Diocese of Irkutsk and Nerchinsk in 1727.

Now the St. Innocent of Irkutsk Brotherhood and the Hong Kong parish of Sts. Peter and Paul hope to acquaint Chinese Orthodox Christians with the life and labors of this holy hierarch, reports. Pravoslavie.fm. “The Life of St. Innocent for China” aims to expand the base of Orthodox literature in the Chinese language and to facilitate the revival of the Chinese Autonomous Orthodox Church to which the Russian Orthodox Church is currently dedicating much effort.

The brotherhood and parish believe the life of this missionary who was originally sent to preach in China, but then moved to the largest Siberian diocese could strike a chord in the hearts of Chinese Orthodox Christians.

A fundraising site has been established to finance the translation and distribution of St. Innocent’s life. The Hong Kong parish earlier published a prayer book and a Book of Hours in Chinese, which proved to be very popular. Two islands of the Kuril chain to be named after Sts. Innocent of Irkutsk and Nicholas of Japan
St. Innocent first stepped onto the land in August 1861, when his "Gaidamak" clipper on which he was sailing from Nikolayevsk to Kamchatka was cast ashore