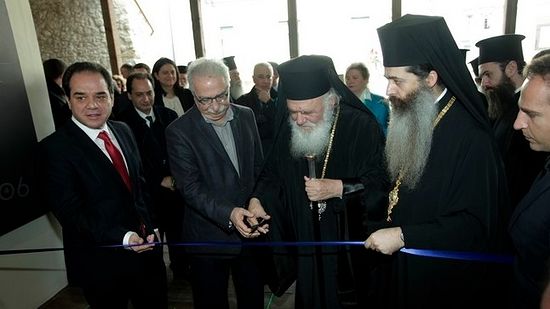 The museum of St. Philothea of Athens, the philanthropist nun and martyr of the sixteenth century, was inaugurated by His Beatitude Archbishop Ieronymos of Athens and All Greece on Sunday February 19 in an event attended by several hierarchs of the Greek Orthodox Church and the Ecumenical Patriarchate, as well as several government representatives.

Following the Divine Liturgy in honor of St. Philothea, Archbishop Ieronymos officiated the opening ceremony at the family house of the patron and protector of the Greek capital, reports the site of the Greek Orthodox Church.

In his speech he noted that the opening is a cause of joy, adding that “those who pass by here will learn that in the sixteenth century, in the time of slavery, a woman managed to do such work and to become a model for us, so that they will see that the European Enlightenment is different from Greek Orthodoxy.”

The new museum is housed in an Ottoman-yoke period mansion that belonged to the Benizelos family, one of the few architectural remains left from the Ottoman period, and the oldest house in Athens. The museum will be operated by the archdiocese’s philanthropic Apostoli organization, which is from henceforth under the protection of St. Philothea, inspired by her example of faith, philanthropy, and solidarity during a time of occupation and severe hardships for the Greek people. 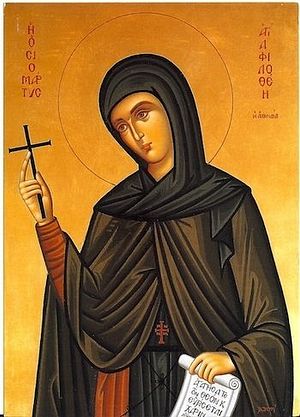 Photo: ru.pinterest.com
St. Philothea was born in Athens in 1522 to a wealthy family. She was forced to marry at 14, but when her husband died when she was but 17 she entered upon a life of prayer and charitable work. Her parents died in 1549 and she became to sole owner of their holdings.

She took up the monastic life and the name Philothea, opening St. Andew’s Monastery around 1551, where the nuns taught handiwork, weaving, housekeeping, and cooking, to help young women prepare for domestic life. The monastery had several philanthropic establishments throughout Athens and the islands of the Aegean sea, including hospices, homes for the elderly, and schools for the children of Athens.

She is also known for buying the freedom of Greeks taken as slaves by the Ottomans, offering them shelter, and helping them escape to freedom. She also founded a second monastery at Patesia. The habitations were frequently plundered and their agricultural programs destroyed.

As her fame grew, so did the Ottomans’ hatred for her. On October 3, 1588, four Ottoman mercenaries broke into the monastery at Patesia during Vigil and beat her so severely that she died a martyr’s death a few months later on February 19, 1589.