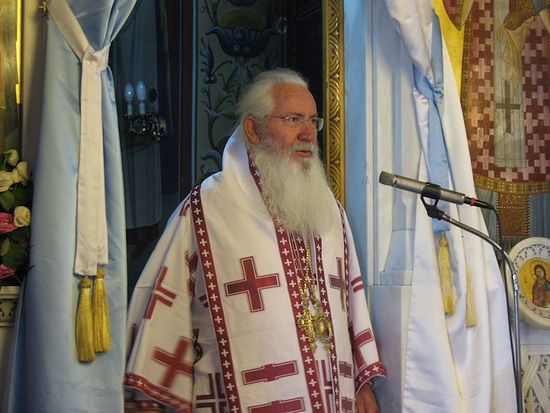 “We are surprised by the mentality that wishes to eliminate or mitigate the natural distinction of the sexes,” reads a statement of the Metropolis of Thebes and Livadia, concerning a recent directive of the Greek Ministry of Education.

The statement comes as part of the growing protest and unrest in Greece against the new directive coming down from the Ministry of Education to “eradicate sexual prejudice” and “homophobia and transphobia” through a new leftist education program. As previously reported, Metropolitan Seraphim of Piraeus has already sent a protest epistle to Minister of Education Konstantinos Gavroglou.

The new program is to include discussions about sexual behavior and sexual relations, analyses of phallic symbols, discussions on “sexuality in adolescence,” including topics such as the emergence of sexuality, sexual intercourse, expressions of sexuality, sexual identities, etc, and an activity in which students are encouraged to gather in a notebook all abusive words and expressions they hear or can find in media.

Now the Metropolis of Thebes and Livadia, under Metropolitan George, writes that although it “recognizes the Ministry of Education’s interest in parity and equality in practice, and the prevention of violent behaviors against our fellow human beings that exhibit different behavior,” “at the same time,” it also, “stands with respect before the reluctance of many clergy and laity of the Church, many parents and guardians, and also part of the educational community.”

The notice, posted on Romfea, emphasizes that everyone—men and women—is created in the image of God, and thus “it is sad that even in our time it is necessary to emphasize that the difference of the sexes should not be made an occasion for discrimination and violence against women… On the other hand, we are astonished at the mentality that wishes to eliminate or mitigate the natural distinction of the sexes, as an obstacle and a burden we need to overcome.”

The metropolis also expresses concern over the indiscriminate mixing of appropriate and inappropriate positions, and wonders if the anti-Christian teachings have any basis in scientific data. The statement also emphasizes that the opinions of the parents who are responsible for their children should not be ignored.

Giving voice to its community, the metropolis writes, “The two sexes mutually enrich one another and the difference is a blessing. The problem is the self-interested use of gender stereotypes.”

The statement ends reminding that teachers ought to combine the latest beneficial date with the timeless riches of the Orthodox faith, respecting children’s youth and innocence and not degrading their values.

Met. Seraphim of Piraeus protests sexual propaganda in Greek schools
An open letter of Metropolitan Seraphim of Piraeus to Greek Minister of Education Konstantinos Gavroglou regarding a recent directive on sexual education has appeared on Romfea.
Comments