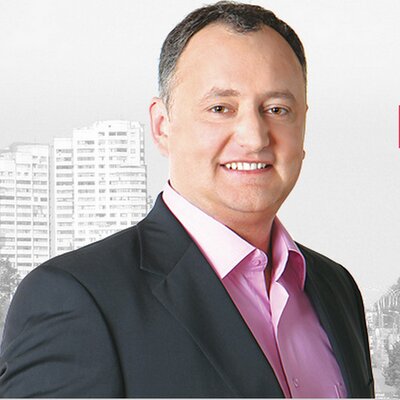 President Igor Dodon of Moldova has declined an invitation to participate in a march dedicated to sexual minorities, reports Interfax-Religion.

In response to the invitation, President Dodon is instead “initiating events in defense of traditional values.”

The invitation came from representatives of “Amnesty International” at the beginning of last week who were giving a report on the state of human rights in Moldova. They suggested that the head of state participate in an LGBT march in the spring, as this “would prove that he wants to be president for all,” confusing representing all as condoning all actions.

“Igor Dodon was and remains the president for all people in the Republic of Moldova and intends to further participate in events common to all citizens of the nation. During this march, of which the representatives of this organization spoke about, there will, as last year, a number of events organized in support of the traditional family, which the president of the country will certainly take part in,” stated the president’s press secretary Igor Cheban.

He also noted that the president plans to launch several initiatives in support of young families, maternity, children, and programs aimed at strengthening the family institution. He then called upon all Moldovans to join in such activities.

President Dodon campaigned on stances of active support for the strengthening of Orthodoxy and the preservation of traditional Christian values.

Orthodox Church of Moldova to hold a rally in support of the traditional family
In 2013-2014, activists in Moldova frustrated several demonstrations by representatives of sexual minorities.
Comments
×