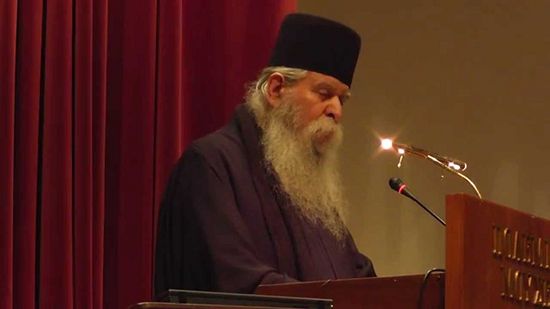 The controversy over Ecumenism in the Orthodox Church, broiling throughout the twentieth century, has escalated since last year’s council on the island of Crete, which gathered ten of the fifteen Local Orthodox Churches and produced a series of documents that many throughout the Orthodox world have criticized to one degree or another. Amid a growing number of clergy and monasteries choosing to cease commemorating their bishops, another Greek monastery has taken a further step.

As Orthodox Ethos reports, with reference to Orthodoxia Online, abbot of the Holy Monastery of the Life-Giving Spring in Paros, Greece Archimandrite Chrysostomos has formally submitted to the Holy Synod of the Greek Orthodox Church a detailed accusation of heresy against His All-Holiness Ecumenical Patriarch Bartholomew. In his letter the abbot has asked the Holy Synod to recognize as contrary to the Orthodox faith and condemn a series of twelve heterodox teachings from Constantinople outlined in the letter. The letter refers several times to ecumenical actions with and overtures towards the Roman Catholic confession. 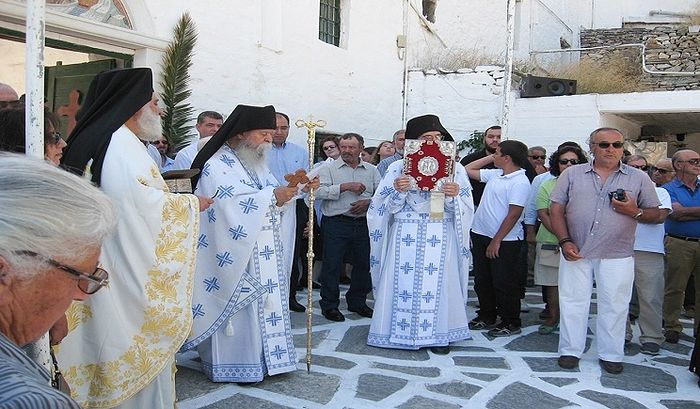 
“In submitting this letter to you,” Archimandrite Chrysostomos writes, “we place before the honorable body of the hierarchy of the Church of Greece the scandal caused to myself, our brotherhood, clergy, monks and countless laity, by the successive waves of heterodox teachings which have been expressed at various times by His Holiness, the Ecumenical Patriarch, Bartholomew, the pinnacle of which being the Holy and Great Council held in Kolympari of Crete.”

In addition to the twelve teachings outlined, the abbot points to nine relevant canons from the Church’s Tradition, and ends with a list of bishops, abbots, hieromonks, clergy, and theologians whom he suggests the Holy Synod call as supportive witnesses along with him to defend the accusations of his letter.

The Holy Monastery of the Life-Giving Spring, on the Greek island of Paros, was founded in 1638. It was abandoned between 1800 and 1825, but was revived and enjoyed its “golden age” from 1825 to 1930. In recent times the monastery is especially noted for the abbacy of the greatly-revered Elder Philotheos Zervakos, who guided the monastery from 1930 until his repose in 1980. The monastery celebrates its feast on Bright Friday when the feast of the Life-Giving Spring of the Theotokos is served.

A full translation of the abbot’s letter with further details is forthcoming from Orthodox Ethos.

Metropolitan Hierotheos of Nafpaktos: texts of Crete Council in need of theological refinement
Metropolitan Hierotheos of Nafpaktos, being a member of the Greek Orthodox Church’s delegation at the Crete Council, refused to sign the final document “Relations of the Orthodox Church With the Rest of the Christian World.” At a November session of the Greek Orthodox Holy Synod, Vladyka expressed the opinion that the Crete Council was not properly prepared for and did not represent a council of bishops, but a council of primates and their entourages.

Nicole7/10/2017 3:06 am
Dear Editors: Hoping for a follow up on this call for the Holy Synod to condemn the heresies of the EP and on the status of Fr Theodoros Z...

Isidora3/30/2017 10:51 am
Praise God! for the increasing army against the heresy of ecumenism and its poisonous tentacles. I especially pray for the anathematizing of the New Calendar infection which turns our Orthodox worship into a disjointed mess, just so worldly orthodox can have their Christmas holiday in step with Catholics and Protestants.

I have actually been told by "Orthodox" priest that it would be okay to go to a Catholic Mass but it's wrong to attend services at a so-called Old calendar monastery!

CAROLE AVDELIS3/27/2017 4:40 pm
ECUMENISM IS DEFINITELY A HERESY. AND THOSE WHO ARE AGAINST THIS MOVEMENT WILL BE DECLARED SAINTS AS WAS ST. NEKTARIOS OF AEGINA

loulou saybaa3/21/2017 9:24 am
the Reverend abbot is right in this issue,we must express our views when it comes to heresy

Anthony3/20/2017 11:06 pm
hee hee hee. The plot thickens. Looks like the three anti-ecumenist ''ringleaders'' Pater Theodoros Zizis, Mitr. Serafim, and Amvrosios standing against the CIA shill Phanar, have increasing support by the day. Axios! Axios Axios. We need a Council NOW. To condemn Ecumenism for the accursed heresy that it is. Along with a number of anathemas placed on anyone who refuses to renounce and repent of their grievous prelest riddled ways. And for scandalising us the faithful flock. Starting with the Phanar, his stooges John Zizoulas; Anthimos - Thessalonikis; and Chrysostomos - Kyprou.

Julia Cole3/20/2017 9:58 pm
Thank God! May God help Archimandrite Chrysostomos and all who believe like him. Ecumenism is a heresy and a sin.
×