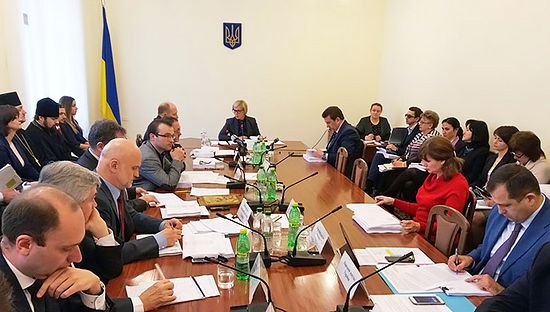 The Committee on Social Policy, Employment, and Pension Benefits of the Ukrainian Parliament has supported a compromise on the anti-discrimination provisions in the new labor code. The final text of the draft, approved on March 15, does not contain the problematic concepts of “sexual orientation” and “gender identity,” reports the Institute for Religious Freedom.

“We have proposed a moderate position—to forbid discrimination of any kind and for any reason in work relationships,” said People’s Deputy Pavel Unguryan, on the essence of the Verkhovna Rada’s compromise.

While discrimination is undesirable, “A special status for sexual minorities is unacceptable. Today they are not discriminated against at all, and many countries that have joined the EU have not implemented these norms. These countries are Croatia, Hungary, Romania, the Baltic states,” Unguryan stated during the discussion of a similar amendment draft in November 2015.

The All-Ukrainian Council of Churches and Religious Organizations has disagreed with pressure from European institutions on the matter, and supports the committee’s current compromise text: “The Verkhovna Rada and the government should defend Ukrainian national interests, care for the well-being of the Ukrainian people, and develop the identity, cultural characteristics, and moral foundations of Ukrainian society. And therefore, it should resist the pressure and the persistent ambitions to promote an increasingly wide foundation for the legalization of so-called same-sex ‘marriage’ or ‘partnerships’ in Ukrainian legislation,” the Council of Churches stated in its address to parliamentarians.

Religious leaders also drew deputies’ attention to the fact that, according to June 2016 sociological research, 84% of Ukrainians are against the legalization of same-sex partnerships and advocate for their ban and significant restrictions on propaganda on homosexual relationships.

However, Svyatoslav Tsegolko, representative of Ukrainian president Petro Poroshenko, has noted the president’s dissatisfaction with the decision, connecting the inclusion of “sexual orientation” and “gender identity” in Ukrainian legislation with obtaining a visa-free regime. “The head of state considers it erroneous, and even provocative, to remove the so-called anti-discrimination norms from the new Labor code draft,” Tsegolko stated.

The Ukrainian Parliament made a similar move on November 5, 2015, when deputies declined to uphold an amendment proposed by Deputy Irina Gerashchenko to prohibit discrimination with regard to sexual orientation. The amendment received 117 votes in favor, 226 against. However, on November 12, the amendment was approved, with 234 deputies voting in favor. The amendment is required by the EU for Ukraine to obtain a visa-free travel regime. Ukrainian Parliament refuses to provide special status for sexual minorities
The concept of “sexual orientation” was not included in the list of prohibited forms of discrimination in labor relations, which is contained in the draft new Labor Code for the Ukraine.