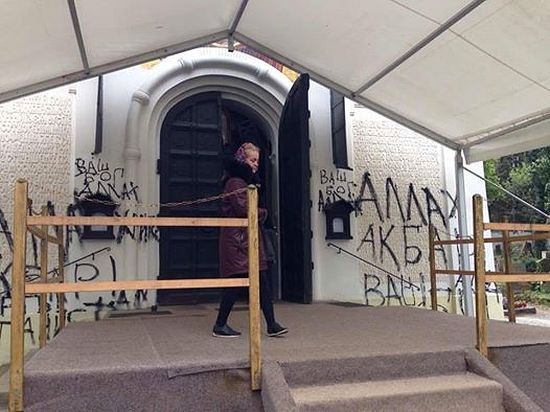 On the morning of April 28, the Church of Dormition of the Most Holy Theotokos at the Olšany Cemtery in Prague, Czech Republic was vandalized, reports The Prague Express.

Witnesses stated that the day before, a strange man entered the church after the Divine Liturgy and began praying to Allah. Then he removed his headdress and threw it at a holy icon. He then began to threaten parishioners, yelling, “You know not what awaits you!” He spoke in Russian and also yelled out something in Arabic. 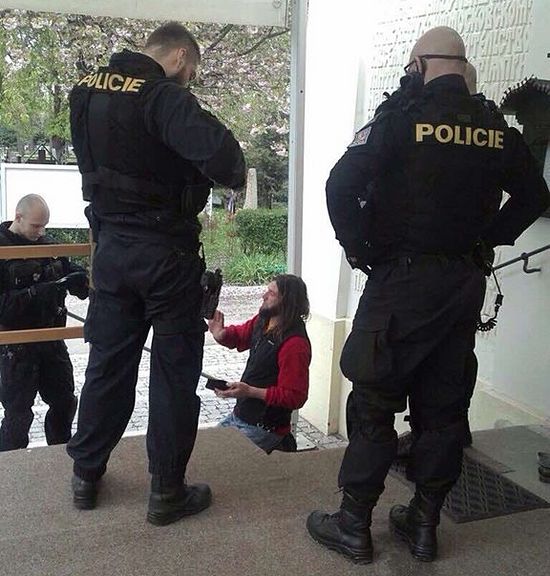 The guard on duty called the police, but he, not knowing the Czech language very well, could not explain to the police what happened. The Muslim then began to urinate right in front of their eyes, trying to hit the police officers’ shoes, and he was detained and taken away. 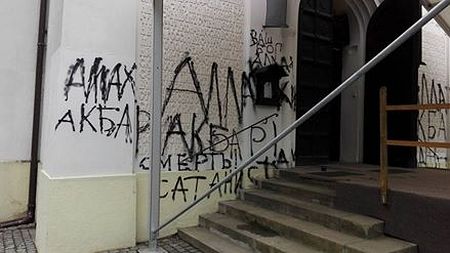 The Church of the Dormition holds a special place among Orthodox Churches in the Czech Republic. It was built by Russian emigrants at the beginning of the twentieth century, who also created the Dormition Brotherhood, responsible for burying emigrants. Near the church is the so-called Russian Necropolis, where famous emigrants of the first wave are buried, including the author Arkady Averchenko. “There is no political freedom without spiritual freedom.”
Iben Thranholm

“There is no political freedom without spiritual freedom.” A Talk With Danish Journalist Iben Thranholm
Iben Thranholm
We no longer have a moral compass. Before, Christianity provided this role, keeping us united over centuries. Now we can no longer distinguish between good and evil, and ultimately this is what this struggle comes down to. Wave of destruction hits Christian statues in Germany
“Not a day goes by” without Christian statues being defaced or destroyed in the small German town of D&#252;lmen and its surrounding area, population of less than 50,000. “ISIS is coming” graffiti on Serbian Orthodox church wall in Pristina
The graffiti appeared just days before Thursday’s 12th anniversary of the March 17, 2004 pogrom against Kosovo Serbs, when the Pristina church was torched, along with many others. Czech Pres.:Muslim Integration in Europe Unreal; Views It as Attempt to "Gradually Control Europe"
"Let them have their culture in their countries and not take it to Europe; otherwise it will end up like Cologne," he added, referring to the hundreds of New Year's Eve sexual assaults on women in Germany and elsewhere in Europe.
Comments

Anthony5/2/2017 2:56 pm
This should just be accepted as part and parcel of everyday life in most european countries. No longer really news. Even Mitr. Neofytos says that this lot will be playing a very large role in Europe in the future. I do feel sorry for countries like the Czech republic that haven't been involved in stirring the hornets nest in the ME. It's countries like Britain and France as well as Germany that have created this mess. They should be left to deal with the aftermath. Not for the rest of us to host those who hate us because of britain and France's wars and the econonic war criminal merkel opening the floodgates.
×