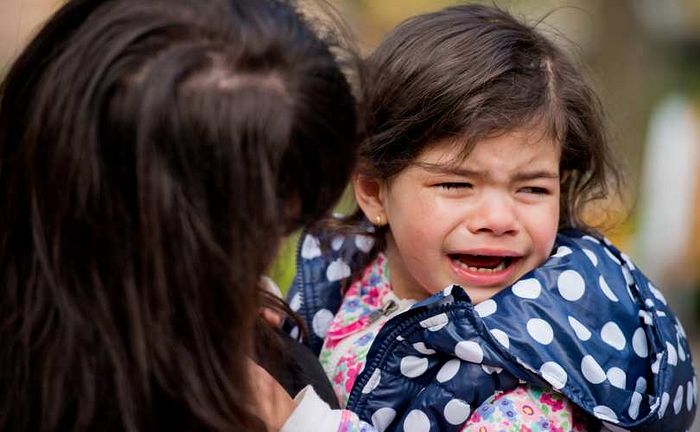 A new law has been passed in Ontario which conservative critics deem “totalitarian.” Bill 89, or the “Supporting Children, Youth and Families Act, 2017” grants the state more power to take forcefully remove children from families that hold to Christian beliefs about sexuality and families. Furthermore, the bill, which passed 63 to 23, effectively bans non-LGBTQI friendly couples from adopting or offering foster care, reports LifeSiteNews.

The new bill, which replaces the previous Child and Family Services Act that governed child protection services, and adoption and foster care services, adds “gender identity” and “gender expression” as factors to be considered “in the best interests of the child.”

Minister of Child and Family Services Michael Coteau, who introduced the bill, has stated that he sees questioning teenagers’ self-identification as LGBTQI or telling them to change as abuse, thus revealing the heavy liberal and anti-conservative, anti-Christian bent of the new law. “I would consider that a form of abuse, when a child identifies one way and a caregiver is saying no, you need to do this differently,” he said.

“If it’s abuse, and if it’s within the definition, a child can be removed from that environment and placed into protection where the abuse stops,” he continued, justifying the fears of the likes of Jack Fonseca, senior political strategist for Campaign Life Coalition, who remarked “With the passage of Bill 89, we’ve entered an era of totalitarian power by the state, such as never witnessed before in Canada’s history.”

“Make no mistake, Bill 89 is a grave threat to Christians and all people of faith who have children, or who hope to grow their family through adoption,” he added.

While adding liberal gender criteria, the new bill also removed the religious faith in which the parents are raising the child as a factor to be considered in the child’s welfare, mandating instead that only the child’s own “creed” or “religion” be taken into consideration.

“Bill 89 diminishes the important role parents play in the spiritual and moral development of a child by removing language which respects and takes into account a child's faith environment at home,” reads an online petition against the bill.

Similar totalitarian tactics have been seen elsewhere, such as in Norway, whose Barnevernet has several times seized children from traditionally-minded families, simply because they are traditional.

Bill 89 also points to a potential shift in policy towards greater readiness for child protection services to actively intervene in family affairs and tear children away from their families, ARPA Canada writes. While the previous bill called for service providers to take “the least disruptive course of action that is available,” the new bill adds, “including the provision of prevention services, early intervention services and community support services.” “The implication,” according to ARPA, “is that intervention should not be presumed to be more disruptive than non-intervention.”

The Ontario bill is nothing more than legal cover for anti-Christian discrimination, Fonseca argues. “Even before Bill 89 was passed, but immediately after its introduction in December, I learned of several Christian couples who were turned down for adoption on account of their deeply held religious beliefs about traditional marriage and human sexuality,” he told LifeSiteNews.

“Will the left never feel ashamed of its hypocrisy?” he wondered. Gay man sues his florist friend, court forces her to participate in gay weddings
Another ruling has come down in the recent string of American judicial attacks on Christianity. The Washington Supreme Court ruled Wednesday in the case of Ingersoll v. Arlene’s Flowers that business owners are not free to act according to their religious conscience. Toronto Bans Music Festival From City Square Over Christian Songs
The City of Toronto is refusing to grant a Christian group a permit to use a prominent downtown square for its annual musical festival next year, because the city has decided that singing the name of Jesus in the public venue contravenes city policy against “proselytizing.”
Comments

cynthia mahoney8/7/2017 1:28 am
The nations with believers should be 1. praying 2. writing 3. 'up in arms' Not literally but make noise. We as believers, a nation of kings and priests. We are to uphold one another and bear one another's burdens. As long as we have breath, we need to say yes to faith & no to terrorism, whether Islamic terror or liberal.

Gramma Kim6/27/2017 9:10 pm
Totalitarian Day is coming up on July 1 -- that's Canada Day, which used to celebrate Canada's freedom to make its own laws without submitting them to the Crown of the United Kingdom for approval, but now apparently celebrates its freedom to make any laws it wants regardless of reason and basic human rights. This year celebrates 150 years of parliamentary independence. The logo for "Canada 150" is a rainbow maple leaf. It's perverse.

Will Harrington6/8/2017 1:01 am
Canada, you have now become a violator of human rights, the ones you agreed to uphold when you joined the United Nations.

Cedric6/3/2017 6:23 am
Fire and brimstone shall be their lot. When these liberals die, they will enter into everlasting fire.

The only fruit of this "new morality" can be degradation of that which is sacred to complete vileness.

How about going after those who commit ACTUAL abuse, like the Arabs or the Irish Papists, rather than Christians.

Anthony6/2/2017 9:35 pm
Does Kanada believe in equality before the law Question Mark If they are going to apply their perverse laws to Christians comma then do we know whether those same laws will apply to Les musulmans Question Mark The hyprocrisy of the western man knows no bounds Full stop How tragic Full stop I guess I shouldn't laugh too much Full stop Our Hellenic nation in its desperation to be open inverted comma like them close inverted comma will probably soon be implementing the same garbage full stop

Alan6/2/2017 7:45 pm
You cannot run for Parliament as a Liberal in Canada unless you sign a paper stating you are pro-choice on abortion. This is the real reason unfair laws like these are passing.