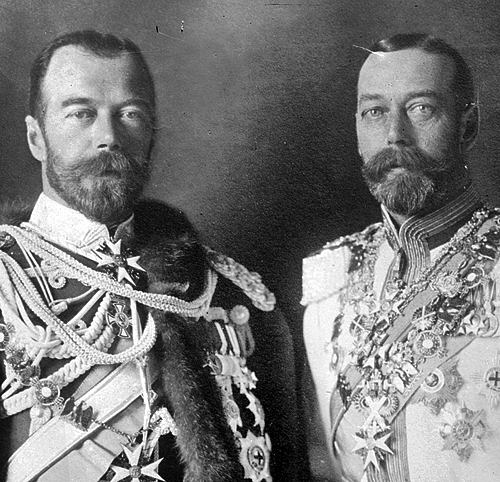 Ekaterinburg mayor Evgeny Roizman has sent an invitation to members of the British royal family to attend events commemorating the centenary of the martyrdom of the last Russian royal family, which will be celebrated in 2018, reports Interfax-Religion.

The invitation was delivered through the British ambassador in Russia Laurie Bristow.

“Inasmuch as the British and Russian crowns were bound by blood, Roizman conveyed through the ambassador an invitation to the members of the British Royal Family to attend the ‘Royal Days’ events in the Ural capital,” reads a message on the mayor’s site.

Interestingly, it was King George V of Britain himself, the cousin of Tsar Nicholas II, who denied asylum to the Russian royal family after the Mensheviks overthrew the tsar. The Romanovs remained in Russia, going to their martyric end.

The meeting of the Ekaterinburg city head with the British representative took place in Ekaterinburg’s Misha Brusilovsky Museum.

There will be many commemorative events connected with the execution of Tsar Nicholas II and his family throughout 2018 in the Sverdlovsk Region. As previously reported, an All-Russian pilgrimage route will be opened, bringing travelers to the Church on the Blood in Ekaterinburg, built over the spot of the Ipatiev House, where the family was martyred.

The “Royal Days” festival of Orthodox culture is an annual event timed to coincide with the date of the execution of the Imperial family in July 1918 in Ekaterinburg. The program begins in June, culminating in the procession in the night of July 17 from the Church on the Blood to the place where the family’s holy relics were discarded in Ganina Yama, which gathers thousands of pilgrims from around the world.

Members of the Royal family, as well as Dr. Eugene Botkin, and three other servants accepted a martyr’s death on the night of July 17, 1918 in the house of engineer Ipatiev in Eekaterinburg.

The Royal Martyrs and their servants were canonized on November 1, 1981 by the Russian Orthodox Church Outside of Russia, and on August 20, 2000 by the Moscow Patriarchate. David Zelizney1/7/2018 11:10 pm
Have the British Royal Family and British Government every issued a sincere apology for denying asylum for Tsar Nicholas and his family? All the excuses in the world don't justify this cowardly action thereby insuring the sacrilegious act of murdering an anointed monarch and his family. Before the British Royals are invited to the July 17 commemoration they should issue an apology.

Peter Skinner7/6/2017 2:40 am
I visited St Petersburg in June 2017 and have already booked accom for july 2018 not far from The Tsars Village.....I really want to be there at the Alexander Palace on the day of their execution and celebrate this historical event

Cynthia Ejiogu 6/18/2017 6:35 am
Since Prince Charles has always shown an interest in the church that his father once belonged to and his grandmother was a nun in, I think they might really get a member of the Royal Family! And yes Prince Charles has been to Mt Athos several times and just this year went to the Holy Land and visited his grandmother's grave and Grandduchess Elizabeth's grave.

Castrese Tipaldi6/17/2017 12:22 pm
Our Lord and God is the Word of God, so better pay attention to your words: the Tsar and his family were not executed, but brutally murdered!!!

And murderers always return to the place of their murders....