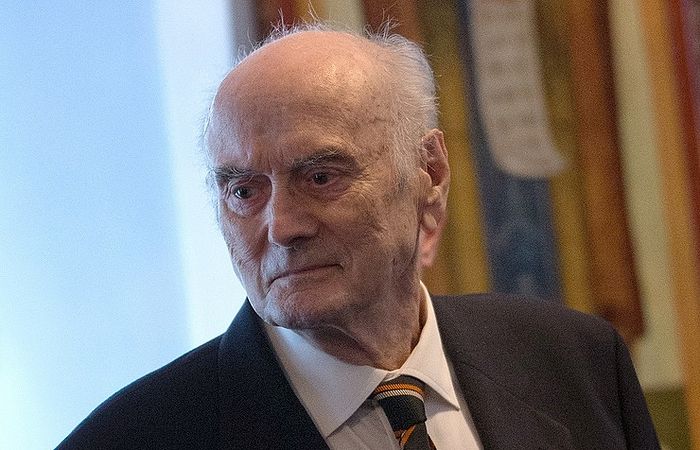 Prince Dimitri Romanov, the oldest relative of the last Russian Emperor Nicholas II, has died in Denmark, his wife Princess Feodora said. The prince was 90. According to his wife, he was taken to hospital last week due to a dramatic decline in health.

"Dimitri Romanovich died at the hospital on the evening of December 31," Princess Romanova said.

Dimitri Romanov was born on May 17, 1926, in Cap d'Antibes, France, where his parents lived in emigration. He was a direct descendant of the last Russian Emperor Nicholas II, as his father, Roman Petrovich Romanov, was the Emperor’s second cousin and godson.

A historian and a writer, Prince Dimitri lived in Denmark in recent years where he headed a Romanov family’s charity foundation aimed at helping Russian hospitals and orphanages. In October 2016, he came to Moscow for the last time to receive the Order of St. Alexander, a Russian state award, for his great contribution to the spread of the knowledge of Russia’s historical and cultural heritage. Descendant of emperor Nicholas I Prince Dimitri arrives in Moscow

Descendant of emperor Nicholas I Prince Dimitri arrives in Moscow
On Thursday, October 6, Prince Dimitri Romanovich will receive the Order of Saint Alexander Nevsky at a solemn ceremony, in accordance with a decree issued by Vladimir Putin. New Monuments to Russian Emperors
Paul Gilbert
While more and more monuments to Lenin and other prominent Bolsheviks and Soviets disappear from the Russian landscape, cities and towns across Russia are planning to restore busts and statues lost or damaged during the Revolution, while others plan to erect new monuments to Russia's emperors and empresses. Orlando Calderon 7/10/2018 10:29 pm
Why Aeroflot airlines being the airline that represents the country around the world continues to use the old logo of soviet times instead of the logo of the coats of arms of Russia ? Isn’t it an offense for many Russians that look forward to bury all vestiges of the old communist regime ?
×