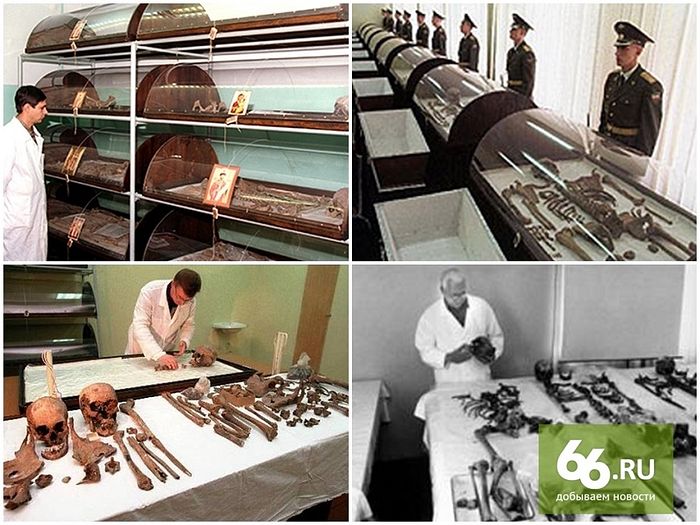 The controversial issue of the “Ekaterinburg remains” will be discussed today during the bishops’ council of the Russian Orthodox Church, Patriarch Kirill of Moscow and All Russia announced at the opening ceremony of the ecclesiastical court. The bishops’ council will last until 3 February 2016.

Patriarch Kirill of Moscow and All Russia said the inquiry into the killing of the family of Nicholas II will be completed once the truth is found.

"I have received the highest-level reassurances that there will be no hurry and no tying down of the end of the inquiry to any particular date. The inquiry will last as long as is necessary in order establish the truth," the patriarch said at the current Bishops' Council in Moscow on Tuesday.

Unlike the situation in the 1990s, the state has given representatives of the Church - archbishops, clerics and invited scientists - "the possibility to participate directly in the inquiry," the patriarch said.

"Expert examination is three-leveled: historical, anthropological and genetic. An important step of the examination was the taking of samples for genetic tests of the remains ascribed to the saint martyrs, the Emperor Nicholas Alexandrovich and the Empress Alexandra Feodorovna, as well as the remains of the Emperor Alexander III in the immediate presence of representatives of the Church," the patriarch said.

He pointed out that earlier, in response to his request to re-open the inquiry into "the Ekaterinburg remains" and the exhumation of the remains of Alexander III, "the Russian president gave consent to a full-scale and comprehensive investigation of this topic."

Samples of the remains of Nicholas II, his wife Alexandra and samples of the clothes of Russian Emperor Alexander II were taken from St. Petersburg to Moscow in September 2015.

The Russian Orthodox Church and some of the Romanov's ancestors believe the authenticity of the tsar’s family remains has not yet been proven. They are hoping that a new investigation will help resolve this issue.

The Investigative Committee completed the investigation into the criminal case involving the death of the family of Nicholas II in January 2011 and recognized the remains found near Ekaterinburg as authentic.

A grave with nine bodies was found on Staraya Koptyakovskaya Road near Ekaterinburg in July 1991. The remains were identified as those of Emperor Nicholas II, his 46-year-old wife Alexandra Feodorovna, their daughters Olga, 22, Tatiana, 21, and Anastasia, 17, and their servants Dr. Eugene Botkin, 53, Anna Demidova, 40, Alexei Trupp, 62, and Ivan Kharitonov, 48.

Members of the imperial family were buried at a sepulcher of the Peter and Paul Cathedral in St. Petersburg on 17 July 1998. In 2000, the Moscow Patriarchate canonized the new Russian martyrs and confessors Nicholas II, his wife Alexandra Feodorovna and their five children.

The remains of two more people were discovered during archaeological excavation works 70 kilometers south of the first grave on 26 July 2007. The remains have still not been buried, but numerous expert analyses indicate that the remains are most likely those of Tsesarevich Alexei and his sister Grand Duchess Maria.