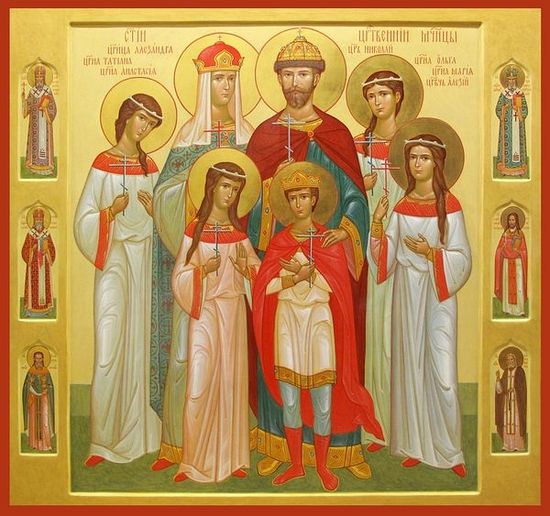 The ongoing examinations of the “Ekaterinburg remains” supposedly belonging to the last royal family of Russia have revealed circumstantial evidence that they may in fact belong to the family.

“We found traces of a blow from a sword on the head [presumably of Nicholas II—Interfax],” said famous Russian criminologist Vyacheslav Popov in an interview published on pravoslavie.ru. Popov participated in the study of the remains found near Ekaterinburg which were buried in St. Petersburg’s Peter and Paul Fortress as the alleged remains of the royal family, and is now participating in forensic and anthropological research as part of a renewed criminal case about the murder of St. Tsar Nicholas II and his sainted family.

As the expert noted, in 1991 they had meticulously searched for traces of blows on the supposed skull of Tsar Nicholas, but mistakenly looked on the wrong side, thinking the then-tsarevich was struck on the left side by a saber in the 1891 attempt on his life by one of the police escorting him while on visit to Japan. According to him, modern x-ray studies have revealed, however, two longitudinal grooves which are evidence of a healed injury.

“We… studied the structure of the bone tissue, which is different at the edges. It’s safe to say that this is a fracture made while the person was still alive, it’s an old fracture, and it corresponds to a blow from an elongated cutting instrument, for example a saber,” reports Popov.

Moreover, dental examinations confirm that the five remains found near Ekaterinburg in 1991 are in fact those of relatives.

“These five people, especially the four women, represent one family. The girls have a special tooth and jaw structure. For example, the fourth lower right tooth of each of them is turned. This is an important sign of kinship. The second sign of connection is an hereditary tooth condition. Tooth decay began early in all of them. The youngest girl has fillings in nearly all her teeth,” Popov continued.

Further, he argues that the women whose remains were found must have had a high social status because they had a personal dentist, who knew the family condition and gave them silver fillings even before decay began. “Note that ordinary people did not have silver amalgam fillings,” he said. The seventh skeleton, presumably that of Empress Alexandra, has a fantastic set of artificial teeth, including fillings of porcelain with gold rods and platinum.

Mathematical examination of several dozen points on the skulls also prove their kinship. Genetic research is still in its final stages, Popov states.

A grave with nine bodies was found on Staraya Koptyakovskaya Road near Yekaterinburg in July 1991. The remains were identified as those of Emperor Nicholas II, his 46-year-old wife Alexandra Fyodorovna, their daughters Olga, 22, Tatyana, 21, and Anastasia, 17, and their servants Yevgeny Botkin, 53, Anna Demidova, 40, Aloizy Trupp, 62, and Ivan Kharitonov, 48.

The remains of two more people were discovered during archaeological excavation works 70 meters south of the first grave on July 26, 2007. The remains have still not been buried, but numerous expert analyses indicate that the remains were most likely those of Crown Prince Alexey and his sister Maria.

A Monastic Leaven
A Conversation with Archimandrite Pimen (Adarchenko), Superior of the Monastery in Ganina Yama in honor of the Holy Royal Martyrs
Our guides say that very many people even change outwardly after visiting our monastery. They straighten their shoulders. Even their appearance changes! Attitudes to their own lives also change along with their perception of Russian history.
Comments

fabiana calandria7/4/2017 10:32 pm
Alexey did not die, that figure has the Vatican and especially the congregation of Jesuits

George 7/4/2017 5:20 pm
Ivan Kaharitunov the cook was Armenian and is interred with the Imperial Family

Deborah Brown7/4/2017 9:30 am
Has the body of Chief Marshall of the Imperial Court, Vassily Dolgorouky ever been found and identified?
Thank you for the above article.

luiz sergio nacinovic7/4/2017 12:34 am
I Read all sort of Romanovґs material. I am interested in all russian history and in his actors since the earl Romanov to sit in tzarґs throne.
I Study it and i had collected all the texts you put in wwww.

Peter Sarandinaki7/3/2017 7:46 pm
The remains of Tsarevich Alexis and Grand Duchess Maria were
Found 70 meters from the main grave in the Koptiakov
Road- Not 70 kilometers.
Big difference
×