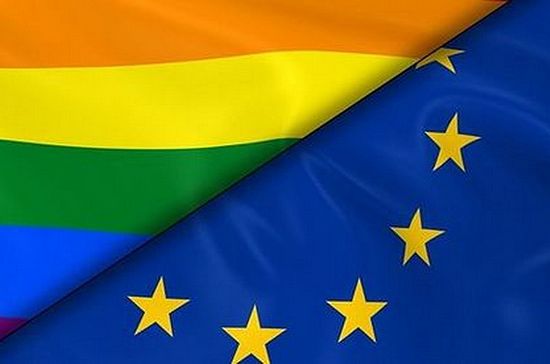 Heads and representatives of various Christian confessions in Odessa have joined together to address Mayor Gennady Trukhanov with a request to ban the city’s festival of gay culture “Odessa Pride 2017,” scheduled to take place today through Sunday, reports the Religious Information Service of Ukraine.

“We categorically do not accept and do not support the imposition of false ‘values,’ which are pushed by some media and public figures under the guise of European integration. A striking example of such imposition is the propaganda of sexual perversion, including the aforementioned event,” the address reads.

The authors of the address note that apostasy from God always triggers deep political, economic, and social crises in any country.

“As advocates of traditional family values, which exclusively means the union of a man and a woman, prescribed in the Book of Life—the Bible, we are deeply convinced that:

In connection with these points, they write, this event is unseemly, contrary to common sense, and damaging to the reputation of the city.

The city’s religious leaders have successfully petitioned to have the parade banned in previous years. In 2015, Metropolitan Agathangel of Odessa and Izmayil joined with other Christian leaders to address the local authorities, making many of the same points as were made this year.

“We realize that the views of the LGBT-community are their personal choice. However, the propaganda and imposition of anti-Biblical and anti-traditional beliefs are intolerable and lead to the destruction of our society,” the representatives underlined in 2015.

President Poroshenko has reassured those who are concerned about the legalization of homosexual unions in the country in April 2016. “The head of the state said that homosexual marriages will not be legalized in Ukraine,” the press service of the Ukrainian Orthodox Church reported on the results of the president’s meeting with officials of the Pan-Ukrainian Council of Churches and Religious Organizations. Ukrainian Council of Churches rejects unchristian gender terminology
During the meeting, the various sides discussed a number of issues touching upon Church-state relations, in particular, issues of family and moral values. The representatives of the Ukrainian religious organizations unanimously reaffirmed their opposition to the possibility of adopting the Instanbul Convention, which introduces new terms, foreign to the Ukrainian legal world, including the terms “gender,” “gender identity,” “gender sensitivity,” “sexual orientation,” which go beyond what is acceptable in Ukrainian society and distort the understanding of gender equality as equal rights for men and women. Amendment on non-discrimination of sexual minorities removed from Ukrainian draft labor code
The Committee on Social Policy, Employment, and Pension Benefits of the Ukrainian Parliament has supported a compromise on the anti-discrimination provisions in the new labor code. The final text of the draft, approved on March 15, does not contain the problematic concepts of “sexual orientation” and “gender identity.”
Comments

Mario8/8/2017 4:57 pm
I'm sick of the Greek Prime Minister he is a Jew and is destroying faith and tradition in the name of Merkel he lied that he would drive us out if the wicked European Union. I don't want Ukraine to suffer same as all our Orthodox Brothers.
×