The Monastery of the Greatmartyr George the Victorious in Götschendorf (Germany)

A Guide to Holy Places 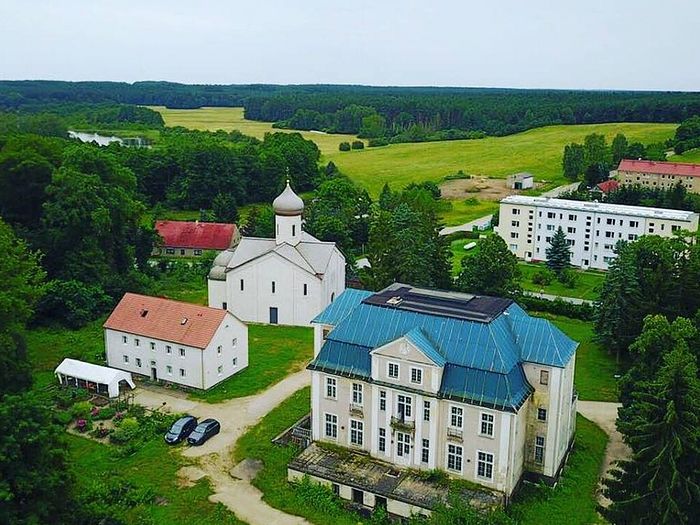 The Monastery of Greatmartyr George the Victorious in Goetschendorf (Germany).

If you ever find yourself in Germany during your travels across Central Europe, you can visit the Monastery of the Greatmartyr George the Victorious, situated in the eastern part of the country near the Polish border, in the village of Götschendorf.

Drang nach Kloster, or, Why go there? 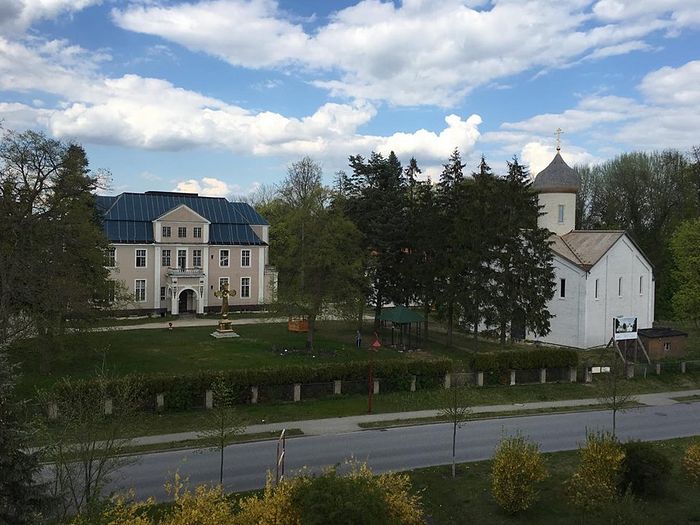 It is worth going there, and not only for prayer experience but also to see for yourself that Europe and Orthodox Christianity are not antonymous at all. It is another matter that today they are not synonyms, either. That is true both for Western and Eastern Europe. But, as can be seen in history, for Christianity miracles are a common occurrence. For example, who could believe some thirty years ago that Russia would return to Christ? Then why not give Germany the same opportunity? All the more so because the German lands demonstrated their faithfulness to Christ for many centuries of their history: such saints as Boniface of Mainz, Othmar of St. Gallen, Sturm of Fulda (St. Boniface’s disciple), Ludger of Münster and many other holy men and women, who either were German by origin or lived in these lands, are “a cloud of witnesses”. Thus, it is worth visiting these places in order to overcome both the negative stereotypes about our neighbors and the illusions of our “exclusivity” based on self-conceit. And, of course, to become convinced that it is very easy to find a common language with Germans (at least with the local Germans of Götschendorf and neighboring communities). They even have a sense of humor and care for the Orthodox monastery that they initially perceived as a “curiosity”. More and more local residents come to church services, want to learn more about Orthodoxy and read Orthodox prayer-books in their native German carefully and with enthusiasm. By the way, one of the initiators of the holy monastery was the German journalist and actor Norbert Kuchinke (1940-2013) who for many years lived and worked in Soviet Russia where he discovered and fell in love with Russia’s Orthodox soul. It was he who played the Danish Professor Bill Hansen in the 1979 Russian romantic comedy-drama Autumn Marathon. Though Norbert has died, his widow is one of the most frequent guests of Götschendorf. 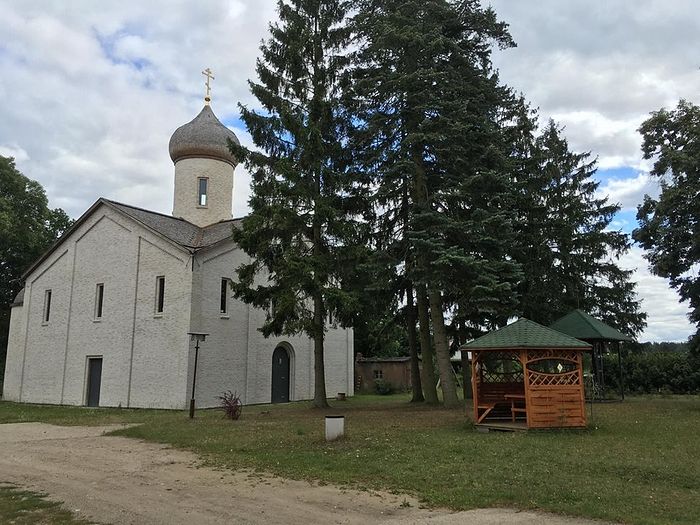 The monastery is very young—it was founded in 2006, but it immediately won the hearts of many people: German residents and a great many pilgrims from Russia and other countries alike.

Now the community consists of ten people: five monks (namely Hieromonk Daniel, Monk Benedict, Hieromonk Tikhon, Monk Artemy, novice Michael) and five monastery workers. The monastery’s superior is Abbot Daniel (Irbits). Due to the current problems with accommodation the monastery is not recruiting new lay workers at the moment. The monastery brethren carry out their obediences at the monastery on a daily basis depending on the abbot’s blessing and current needs. 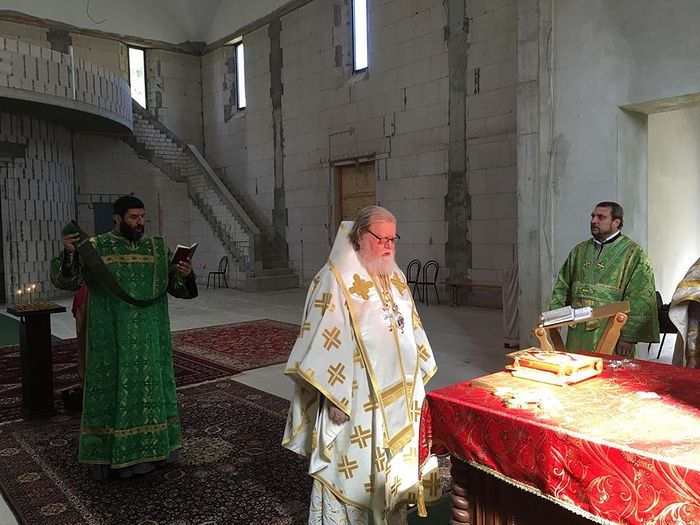 Daily vespers begins at 6:00 p.m. in summer months and at 5:00 p.m. in winter months. The Divine Liturgy is celebrated every Sunday and on major Church feasts at 10:00 a.m., with a Vigil the preceding evening (the Vigil begins at 5.00 p.m.).

The most important feasts include: 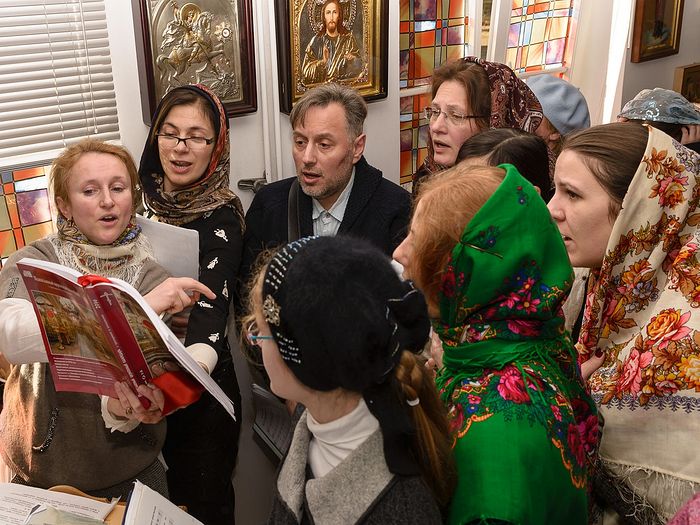 Processions of the cross are organized on Pascha and the feast of the Greatmartyr George. Traditional immersions into the lake are arranged on the Eve of Theophany and on the very feast of Theophany.

How to get there 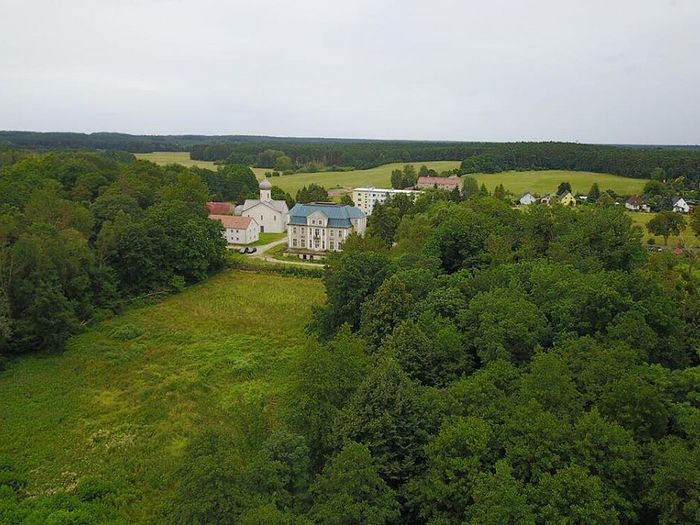 By train from Berlin:

By car from Berlin (the journey takes an hour and a half):

There is parking space on the territory of the monastery; the nearest refueling stations are in Templin.

The monastery is about ninety kilometers (c. 55.9 miles) away from the center of Berlin. A ticket to the village via Joachimsthal and Wilmersdorf bei Angermünde costs 8.5 euros; via Templin – ten euros. 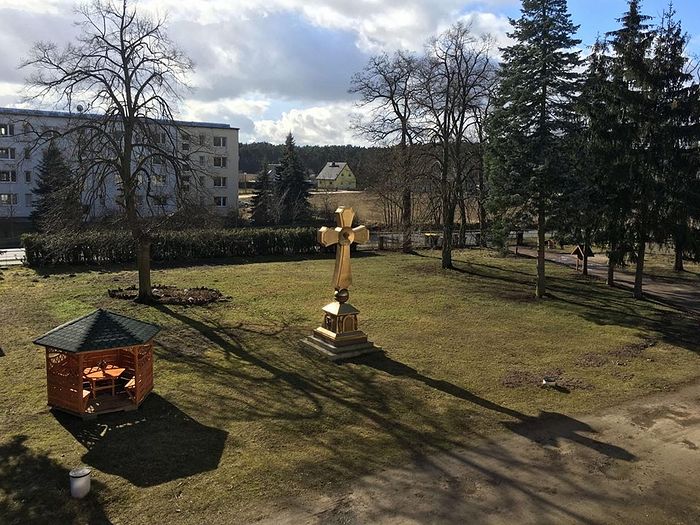 There are also five hotels in Templin (fifteen kilometers, or c. 9.32 miles away from the monastery), which will cost in the region of eighty to 100 euros for two persons per night.

Breakfast is usually included into the cost of your stay in the hotel. In addition, there are many cafes, a restaurant and grocery stores in Templin. 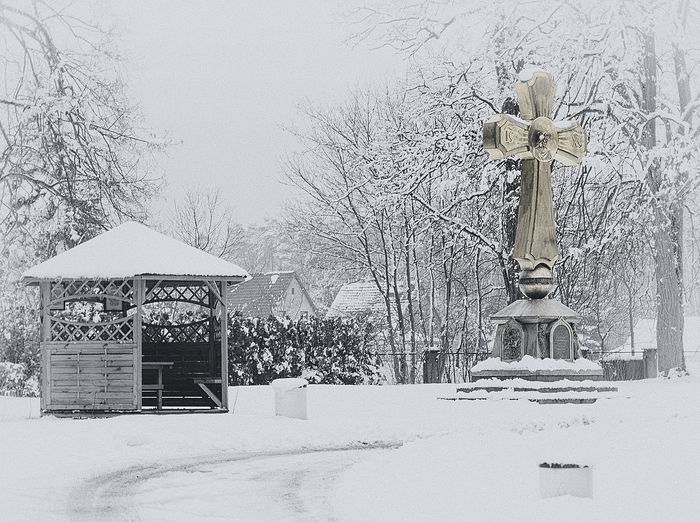 In Templin: thermal baths, the Lutheran Church (Kirche) of St. Mary Magdalene, the Lutheran Church of St. George the Victorious, the Roman Catholic Church of the Sacred Heart, the old city with its Baroque town hall (Rathaus), the intact city wall (1,735 meters / c. 1.07 miles long and up to seven meters / about twenty-three feet high) with towers and the city gate.

The weather is changeable, with frequent rains and steady winds. At present, it has finally begun to grow cold (twenty to twenty-five degrees Celsius) after a terrible heat wave. Unfortunately, cool weather does not remove harmful insects, which are plentiful here—for example, gnats (as there is a lake nearby) and ticks.

Can we come with children? 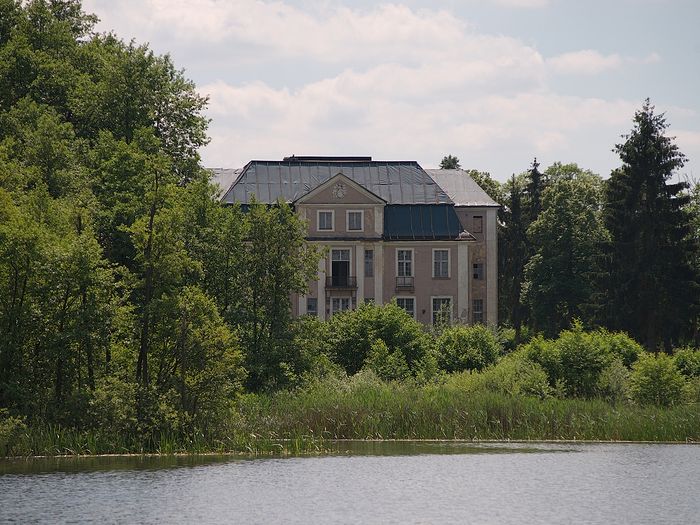 “Certainly!” Abbot Daniel says. “And not only because kids of all ages can see monastic life with their own eyes here; and not only because it is so beautiful here. In fact the monastery has domestic animals that catch the interest of absolutely all children: ducks, geese, chickens, rabbits… Pilgrims are offered a tour round the monastery, too. On top of that, there is a quay at the monastery, by the lake Kölpin, where you can rent boats.”

And this is what the abbot adds regarding adults: “However, the monastery should be the major focus of pilgrimages. The holy monastery is not an ‘excursion and entertainment complex’ for tourists. So let us remember that you should come here in order to pray, to repent and mend your ways.” Many people are leaving Catholic and Evangelical Churches in Germany due to taxes
According to the preliminary estimates, approximately 200,000 people have already announced they are leaving the Church. New Orthodox Church to appear in Hamburg before long

New Orthodox Church to appear in Hamburg before long
Within a month and a half, at the efforts of the masters and volunteers of the community, the Church will be assembled.
Comments

john ward4/24/2022 12:33 am
I came to this website from a youtube post I saw about the refugees you have taken in. I feel that you are very much at the 'sharp end' of much that is important in modern life. I am one of many (I think) in the west who have come to see much in orthodoxy that accurately reflects Jesus' teaching, so, the truth - insofar as I am capable of seeing it. But, to be brutally honest, the orthodox church also seems from the beginning to have been uncomfortably close to Caesar or Tzar. I see you as confronting this issue head on. May God bless you, and yours, and keep you safe. Sorry I have no Russian, or German, so I hope you can read this. From John W.

Margritta4/23/2019 8:51 am
Good Evening,
I am composing a Prayer Card for my Father who died on March 19, 2019. I would like to add the Prayer to St. George in German to send to my extended family in Germany. Could you please send me the translation? Or perhaps there is another prayer in German that I could use? I am unable to find a German prayer on my internet and would be most grateful. Thank you and God Bless you, Margritta Yakus

Fr. Timothy8/2/2018 5:34 pm
I lived in Germany for a year and had no idea about this monastery, I would have loved to visit. However, there is another monastery in Germany where we used to go every Sunday. It’s under the Serbian church and he Abbot is the spiritual child of both St. Justin Popovic and st. Paisios. It is currently in the process of moving from Geilnau to Unterufhausen. I would love to see Pravoslavie do an article about this monastery. The website is here: