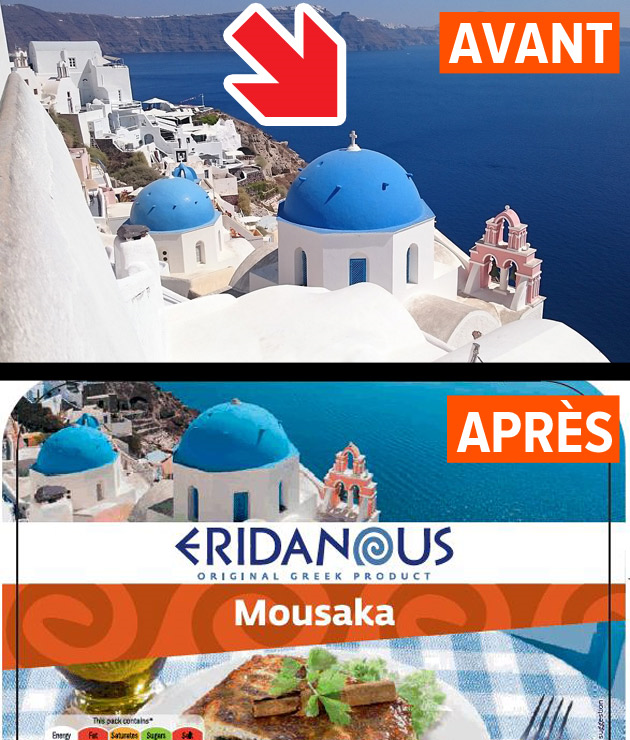 German supermarket giant Lidl has been called out for its recent decision to airbrush the crosses off the top of the famous Greek Orthodox church used in its packaging for its “Eridanous” line of Greek food. The commotion began when a Belgian Lidl customer noticed and complained to Radio Television Luxembourg (RTL) about the company’s photoshopping. The controversy sparked by the company’s marketing choice has evoked responses from various hierarchs and private citizens, including a Czech man with a giant crucifix.

“I am shocked to see the Lidl shops that sell Greek products erase part of the Greek landscape and culture,” customer Antoine wrote to RTL, sending pictures of the Greek food packaging, Keep Talking Greece reports.

The church in question is the famous and picturesque Church of the Resurrection on the island of Santorini in the Mediterranean, which has several bright blue domes topped with white crosses that the supermarket chain decided to remove. 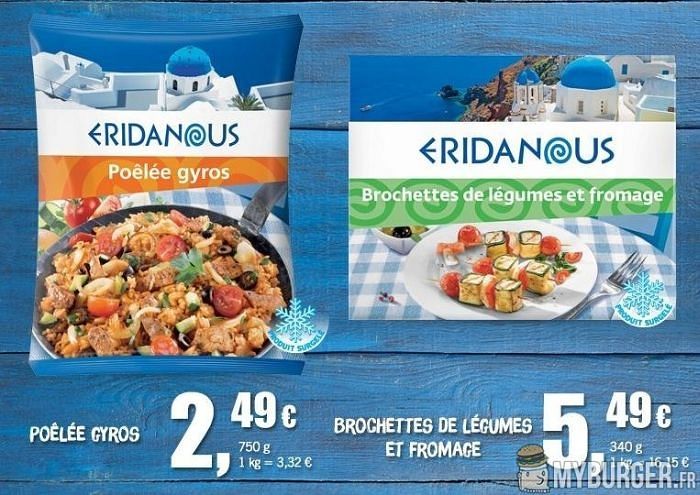 “We avoid the use of religious symbols because we do not want to exclude any religious beliefs,” a representative of the Lidl has stated. “We are a company that respects diversity and this is what explains the design of this packaging,” he added. “Our intention has never been to shock, we avoid the use of religious symbols on our packaging to maintain neutrality in all religions, and if it has been perceived differently, we apologize to those who may have been shocked,” the spokesman said last Thursday.

However, not all have been appeased by the company’s apology. Prague Archbishop Cardinal Dominik Duka wrote a letter to the Greek ambassador in response, calling for Lidl’s condemnation, reports Prague Daily Monitor. “So far, ‘only’ the falsification of photos has occurred, but there are fears that soon real crosses may be removed even from churches,” Duka wrote, calling the company’s decision unprecedented and immoral. He noted that Greek democracy and philosophy are among the most important roots of Western civilization, and that “Their ignorance and suppression of their external expression bears witness of the priorities some businesspeople have.”

Greek Orthodox Archbishop Gregorios of Thyateira and Great Britain has also termed Lidl’s packaging choice an “immoral act.” “They [have] hurt the Christians—not only the Greeks because it was a Greek church—but the Christians [from] what I read. I hope that many others will protest against this silly decision,” His Eminence stated to Premier Christian Radio.

“It is immoral in my eyes to remove something which has been there for 2,000 year and is the symbol that Christ died on the cross for you, for me, for millions of people,” the archbishop added.

The Daily Mail notes that the company’s Facebook page has been filling up with negative comments:

“Is there somebody you will think takes offence? There is. Me, Greeks and many others. I definitely won't be using you again if you don't reverse this policy.”

“Why are you erasing the reality from a photo?”

“If there were products from Hindu, Sikh, Jewish, or Muslim countries with their symbols depicted on there I wouldn't have a problem buying them.”

“As a Christian I feel really hurt, discriminated against, upset and disappointed that you have done this, if it is the case I won't be shopping at your store anymore.” 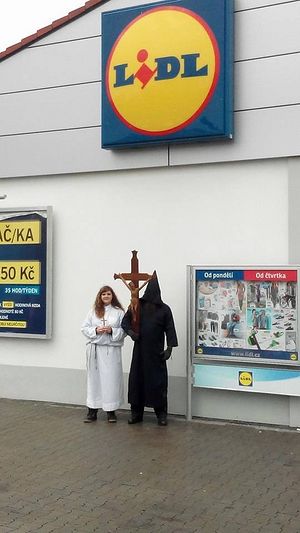 Photo: expats.cz
Meanwhile, a Czech man and woman took a more active approach, appearing at a Lindl grocery store in “religious” robes, carrying a large crucifix. The couple reportedly filled up a basked with about $100 worth of Lindl “Eridanous” line Greek foods and told the clerk they could not pay after the items had been rung up. Police were called, although no action was taken, despite management’s complaints that the pair were frightening their customers.

“I think this cannot be excused,” the man, Martin Zapletal wrote on his Facebook page. The argument that the company wanted to observe religious and political neutrality was no excuse, he added. “We show them that crosses simply belong to our country and culture and that we are not afraid,” he added.

Rdr Andreas Moran9/9/2017 3:10 pm
On the other hand, it does mean that images of the Cross are not thrown into the garbage can.