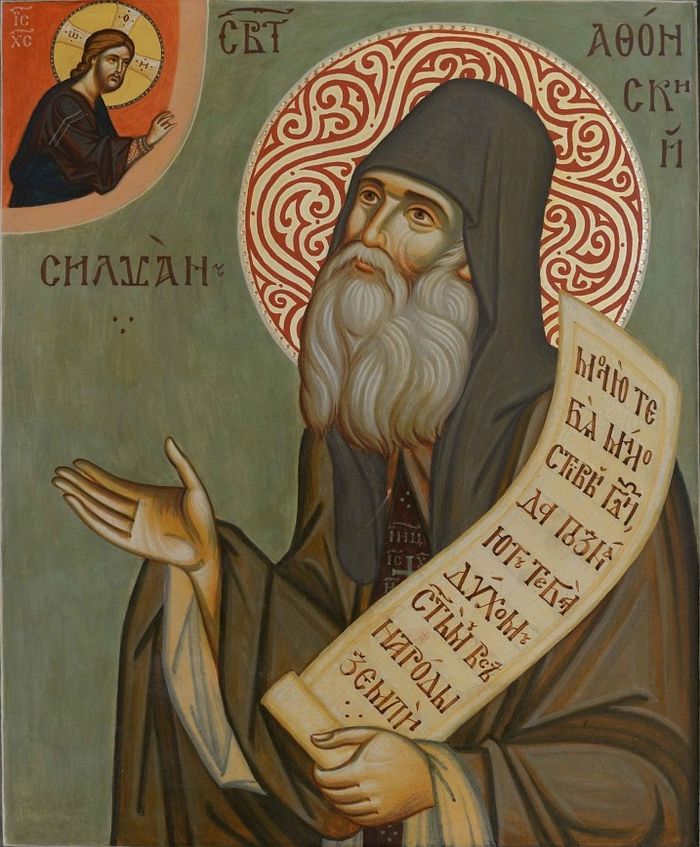 In this he is like St. Seraphim of Sarov. As you know, Fr. Seraphim was endowed with remarkable physical strength and shone with amazing amicability, brotherly love, and kindness, in the most exalted sense of the word. St. Silouan the Athonite also was a man of heroic strength and heroic kindness. I don’t want to compare these two saints, to measure them against one another, and we will not be presenting them as heroes of myths and legends, about whom too little is reliably known from an historical point of view. They were real people; those who knew them preserved the grateful memory of them and love for them. This has been passed on to us, and we also converse with these ascetics, although one lived in the nineteenth century, the other in the twentieth, and we are in the twenty-first. Time is powerless over true love for God and love for people.

Someone asked me once: “Are there any surviving recollections about Elder Silouan besides what Archimandrite Sophrony (Sakharov) wrote about him?” I faltered for a second at the unexpected question put forth, then sheepishly said, “There are recollections from several people, for example, St. Nikolai Velimirovic.[1] However, all of these memories, taken together, could fit on just a few pages.” What do we have in the end? Mainly the archives and remembrances of Archimandrite Sophrony—an entire book, the renowned St. Silouan the Athonite. Memories of St. Silouan and what he told about himself make up the first part of the book.

It’s difficult to overestimate what Archimandrite Sophrony did. Fifty years after the blessed repose of Elder Silouan, he was ranked among the saints; the Orthodox Church came to know the monastic labors of Elder Silouan and recognized him as blessed. The Church saw in his podvig of love a fervent prayerful standing before God for people. St. Silouan beseeches Christ for all of us, and we beseech the elder so he doesn’t stop. We need his prayers for all peoples of the earth, for the whole Adam.

Fr. Sophrony initially intended to publish just the letters of Elder Silouan. He brought them from Athos to France and gave them to the remarkable theologian-dogmatist Vladimir Nikolaevich Lossky to look at. Unfortunately, Lossky didn’t appreciate these letters as they deserved. He answered: “You know, Fr. Sophrony, I don’t see anything special in these notes, no special dogmatic vision which would be worthy of special theological attention.” Of course, we can understand Lossky. If you compare the letters of St. Silouan with, for example, the theology of the Cappadocian Fathers, about whom Lossky wonderfully theologized, there is a tangible and considerable intellectual distance. However, there is no “spiritual distance,” because both were born out of the high experience of communion with the One God. 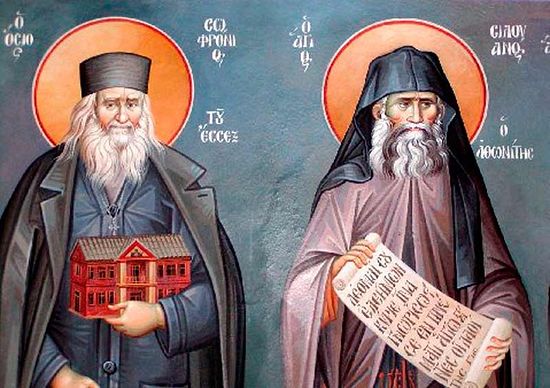 From the reaction of Lossky, a very significant theologian and expert on Patristic works, Fr. Sophrony understood that the writings of St. Silouan needed an introductory section, to prepare the reader to comprehend St. Silouan’s word. Thus, he composed an introductory section, and also appended the concluding part of the book—reflections on Orthodox asceticism. Besides the letters of St. Silouan, the book includes a presentation and rather detailed explanation of his spiritual path. Altogether, it turned out to be profound and vital. The result is a kind of encyclopedia of monastic spirituality in the concrete example of Elder Silouan.

How can we see the path of St. Silouan in all its grandeur? St. Silouan’s holiness was humble, not advertising itself. Archimandrite Sophrony confessed that he lived on Athos for a few years without noticing at all that Elder Silouan was bearing his selfless Christian podvig in the same monastery. St. Silouan was not a spiritual father or a priest, and the monks around him little guessed his amazing experience. He didn’t bother anyone with his advice; he did not demonstrate his acetic labors. Bishop Athanasius (Yevtich) shared how he spoke with an elderly monk on Athos who remembered St. Silouan. Vladkya asked him to speak about St. Silouan, and the monk was taken aback: “Silouan—was he a saint? I drank tea with him!” This is also a remembrance of St. Silouan…

Elder Sophrony might have passed by St. Silouan, but everything turned out otherwise. St. Silouan himself called him for a conversation; the occasion was serious. Elder Sophrony had advised one brother who came to him who had been battling with thoughts of despair to “stand on the brink of despair” as he could. The brother turned to St. Silouan for clarification. The elder then remarked to Fr. Sophrony that his advice was correct in principle, only it exceeded the measure of this monk, and therefore it was inappropriate in this case. Thus, a spiritual need led to an open conversation between Elder Sophrony and St. Silouan.

After this conversation, Elder Sophrony began to comprehend what a miracle of God St. Silouan was. For seven years he conversed with the elder and became his disciple and co-struggler. Elder Silouan confided to him the revelation which he received from Christ Himself: “Keep your mind in Hell and despair not.” It was a great revelation in simple words that are inexhaustible in essence. It was a new revelation of what was always known by Orthodox ascetics: Salvation is accomplished between fear and hope. It was a revelation about what is hope in God and what is despair, and about how to wage invisible warfare.

Elder Sophrony met St. Silouan on the Holy Mountain. A man of high culture, an intellectual met a simple peasant and found that the spiritual experience of the peasant was so substantial and high that this intellectual pondered it his entire life, lived by it, and felt the superiority of this experience and his unearthly wisdom.

St. Silouan and Fr. Sophrony were providentially “lucky” with one another. Fr. Sophrony was exceptionally “lucky” that he saw the great St. Silouan, adopting much from him. St. Silouan was “lucky” that he had such a receptive, purposeful, and grateful disciple. Fr. Sophrony tenderly related to the memory of his elder. Fr. Sophrony did not obscure the figure of Elder Silouan; he did not place his original ideas in his mouth. He did not invent some action-packed biography of the already-reposed Athonite elder, filling in the scant information about him with the fruits of a wild imagination. He simply shared with people the real joy which he experienced in communicating with St. Silouan. He shared the sense of simplicity and wisdom of Elder Silouan—simplicity and wisdom at the same time.

Fr. Sophrony’s testimony is very important. Thank God that he published this book about St. Silouan the Athonite.

In conclusion, I will bring forth another comment that gives people a familiarity with St. Silouan. One deeply churched man said, “I read St. Symeon the New Theologian and my soul grieves over how far I am from a real Christian life. When I read Elder Silouan, then my soul is comforted in the Lord and rejoices in Him Who loves me, a sinner.” It does not mean, of course, that St. Symeon is somehow worse than St. Silouan. It means that the writings of St. Silouan have an obvious comforting effect on the soul, even when he writes a lot about repentant contrition of heart, and on sorrow for God.

The writings of Elder Silouan are living words of spiritual consolation. How we need them! On Individualism
Metropolitan Ephrem (Kyriakos)
Let us always remember that our brothers are our life because they are the image of our God who gave us life and who continues to give us life. Let us share every good thing with others, who are the image of our Creator, so that the Lord may permit us to share in His heavenly kingdom because in all simplicity, if we love His children, then we have loved Him in them.