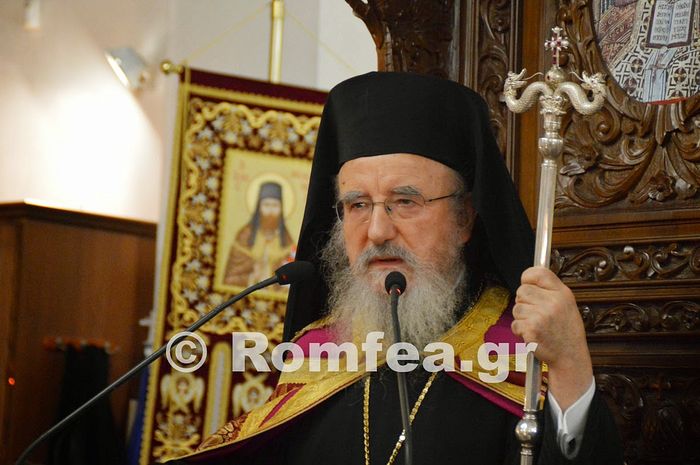 Societal and Church leaders, representatives of the intelligentsia, and believers have expressed outraged over the new law “On the Free Change of Sex,” which the Greek parliament adopted in the first reading, reports Russian Athos.

In accordance with the new draft law, it is enough to simply provide a written declaration in order to receive a legal change of gender.

In an open letter to deputies of the Greek parliament, Metropolitan Kosmas of Aetolia indignantly stated, “You are promoting a bill which denies the Triune God and Creator and casts blasphemy upon Him. This new law is unnatural, it encroaches upon the psychosomatic identity of the person, fosters depravity, and aims to thwart a person on his path to sanctification and deification.

“The bones of our saints and heroes are trembling! The great liberator of Greece the equal-to-the-apostles Kosmas of Aetolia and our other saints are weeping.

“We expect that you will raise your voice against this bill. The people are searching for role models, Greek leaders, who will save the Motherland and the people.”

Gay Iconoclasm: Holding the Line against the Radical LGBT Agenda
Fr. Josiah Trenham
Fr. Josiah Trenham, pastor of St. Andrew Orthodox Church in Riverside, CA, offered a talk at the World Congress of Families X on May 15th 2016, in Tbilisi Georgia with the blessing of His Holiness Catholicos-Patriarch of All Georgia Ilia II, in which he outlined the rise of the LGBT movement, and especially in his homestate of California, and how its beliefs, methods, and aspirations radically contradict the traditional wisdom of the world's philosophies and religions and seriously threatens the future of family and society.
Comments
×