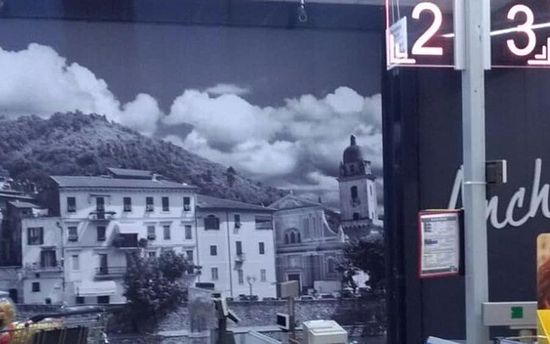 The German-based Lidl supermarket chain has come under fire again, this time for reportedly airbrushing crosses off of an historic Italian church for promotional material, the Telegraph reports.

The church in question is the parish of Sant’Antonio Abate in the village of Dolceacqua in the northwestern region of Liguria. An image of the church with the crosses removed from its façade and bell tower was used for promotional purposes in the nearby town of Camporosso, presumably to avoid offending the latter’s Muslim immigrant population.

The same reasoning was given by a Lidl representative a month ago, when the company’s use of cross-less Greek churches in packaging and advertising caused a Europe-wide scandal. “We avoid the use of religious symbols because we do not want to exclude any religious beliefs,” the representative stated. “We are a company that respects diversity and this is what explains the design of this packaging,” he added. “Our intention has never been to shock, we avoid the use of religious symbols on our packaging to maintain neutrality in all religions, and if it has been perceived differently, we apologize to those who may have been shocked,” the spokesman said.

The move garnered negative responses from Orthodox and Catholic hierarchs and a number of customers who left negative comments on the company’s Facebook page.

Despite this previous apology, Lidl has repeated the blunder. In a statement sent to The Telegraph, Lidl apologized “to [its] customers and to the inhabitants of Dolceacqua” for offending them by distorting the image of their iconic church. The image, used as part of a marketing campaign displaying evocative images of picturesque Italian village, would be removed “immediately,” according to Lidl. 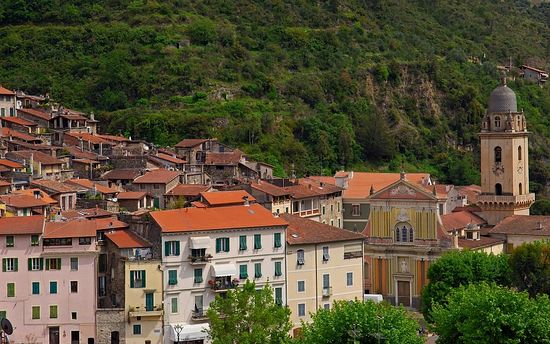 The company has also claimed the image was obtained from a photographic database with the crosses already removed. “The image used was purchased directly from an independent stock image library, with no subsequent alterations having been made,” a company representative told the Sun Online.

Dolceacqua mayor Fulvio Gazzola has made a formal complaint to Lidl and is considering taking legal action after his request to restore the crosses to the images in question went unanswered. However, the company rep also stated, “We have assured the mayor of Dolceacqua that the picture was immediately removed and has now been replaced.”

“You need to show photos of Dolceacqua which correspond to reality. If you don’t want to show crosses, then use an image of our castle,” the mayor said. “Lidl said that removing religious symbols is part of an Italian and European publicity strategy. They are free to do what they want but they shouldn’t ruin photos. This is harmful to the image of our village and to our Christian traditions.” Mrs Frances Smith 10/25/2017 7:33 pm
I am totally disgusted and dismayed at the way crosses are being airbrushed out of our culture. I only hope that Christians will protest and boycott the Companies who are doing this. It is an insult to Christ and His followers and is a very sad sign of the times.