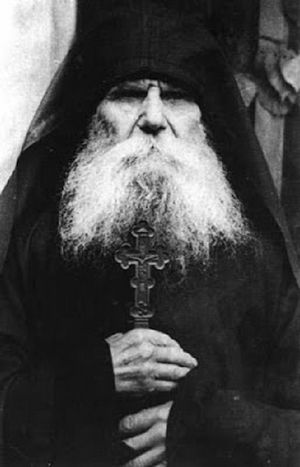 The relationship that existed between the renowned spiritual fathers of Romania during the latter part of the 20th century was truly a bond of spiritual love. These were the fathers and shepherds of souls who encouraged and comforted the vast multitudes of faithful who were suffering under the repressive and atheistic yoke of communism. The fathers, all advanced in age, never expected to see the days when Romania would once again be free. The events of the December, 1989 Revolution that overthrew the tyrannical rule which had held their land in an iron grip for over forty years came as an unexpected blessing to these elders: It was something that would certainly place new demands on Fr. Cleopa in his last years.

By this time, Hieroschemamonk Paisius, Fr. Cleopa's spiritual father, was waiting for the day when he would depart to the Lord. The names of Fr. Paisius and Fr. Cleopa are forever bound together, just as their lives had been from Fr. Cleopa's early youth. These two elders were known throughout all of Romania, and indeed even beyond its borders, above all the other skilled and ascetical spiritual fathers of that land in the last years of the 20th century. Both Fr. Cleopa and Fr. Paisius were visited by countless faithful and monastics; both were gifted by God with the grace of preaching and the gift of tears. Both were fathers to thousands of spiri­tual children of all ages, simple peasant children and adults as well as intellectuals, priests and hierarchs. Both were charismatic and gifted with foresight. Both were men of prayer who sacrificed themselves for the salvation of the multitudes who came to them. Inasmuch as both of these spiritual fathers possessed many of the same spiritual attributes, each had qualities specific to himself.

Fr. Paisius had a very gentle, calm and affectionate nature. He never refused to hear anyone's confession, regardless of how tired he was or the fact that there were numerous other priests who could hear the confessions of those who came to him. He spoke very slowly and quietly, was always quick to forgive and shed tears for all who came to him, having a special love and place in his heart for mothers, children and those who were ill. He heard confessions day and night from the multitude of people who would line up at his door, and he constantly strove to bring peace into their souls so that all who departed from him would return to their homes with grateful hearts. Because of the number of people who came to him, he would not lie down to sleep on a bed, but instead he just leaned back on his chair to hear confessions and nap a little until the next person came to him. Whenever someone knocked on his door or called out to him from outside, he would ask, "Who is it?" Then, if he did not have someone else with him confessing at that moment, he would say, "Come in. Come in!".

There were two things that we were never able to ascertain about Fr. Paisius: we never knew when and how much he ate, nor when and how much he slept. Every day one of his disciples would bring him some food, leaving the tray on a chair in his cell; but the elder would not eat anything until he had finished hearing the confessions of the faithful who were waiting for him. His Beatitude Patriarch Daniel of Romania Celebrated The Remembrance Service For Rev. Hieroschimonk Paisie Olaru, At Sihastria Monastery
On 16 October 2010, His Beatitude Patriarch Daniel celebrated at Sihastria Monastery the remembrance service for hieroschimonk Paisie Olaru, assisted by a group of 8 hierarchs, deacons and priests.