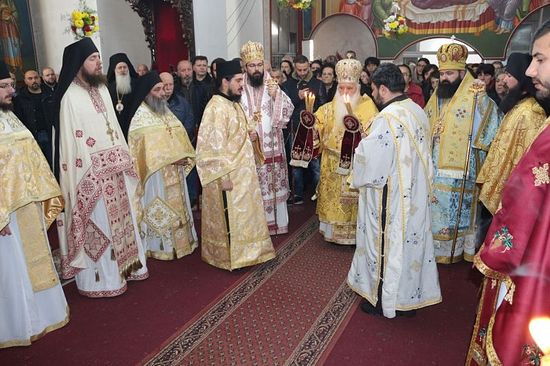 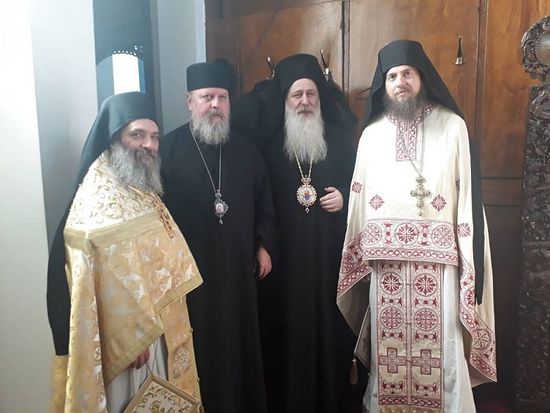 Bp. Sioni arrived to Strumica, Macedonia for yesterday’s celebration of the 15 Martyrs of Tiberiopolis (Strumica) at the invitation of Metropolitan Naum of Strumica of the Macedonian Church, and with the blessing of Pat. Neofit. He was very warmly received by Met. Naum, Macedonian Prime Minister Zoran Zaev, and the multitude that filled the temple dedicated to the 15 Martyrs. 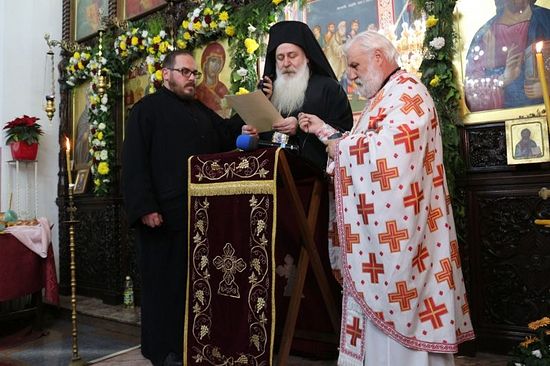 “On this festive day, our prayers to Almighty God are with you, with your whole enthusiastic parish, and with the Church in the Republic of Macedonia,” His Holiness Neofit stated in his greeting that was read out, noting his desire that Eucharistic communion be restored in the nearest future, should it please the Lord. Bp. Sioni read out the patriarch’s greeting to Met. Naum and the monastics and faithful of the Strumica Diocese of the Macedonian Church.

Pat. Neofit also wrote of the glorious example of the 15 Martyrs, who both Churches and nations, and the entire Orthodox world, hold in high regard and honor:

In the 2,000-year history of Christianity, the blood of martyrs has always turned into a blessed seed for the flourishing of faith in Christ the Savior, being a testimony to the futility of the persecution of the Lord and His universal Church. This is what happened after the sacrificial feat of the holy Martyrs of Tiberiopolis, whose example of faith continues to captivate thousands of people today to follow the saving path of the Gospel and Christ’s commandments to inherit the Kingdom of God and eternal life.

The festive Divine Liturgy was celebrated by several hierarchs and representatives of the clergy of the Macedonian Church. Following the Liturgy, the celebrating hierarchs cordially thanked Pat. Neofit for sending Bp. Sioni, and for his care, empathy, and effort which he is making towards the recognition of the canonicity and autocephaly of the Archbishopric of Ohrid.