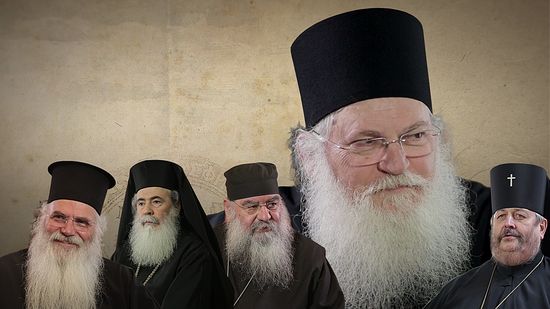 Fr. Ephraim ended his address with a few words on the war in Ukraine:

“I really grieve when I hear of the war going on in Ukraine. We great sorrow we pray for all the victims who have left this life in this country. I appeal to our fraternal Ukrainians: Know that problems are not resolved with the help of fire and weapon, but only with the help of prayer and through proper dialogue.

The interview with Archimandrite Ephraim is the third in the series “A Word to Ukrainians,” with previous interviews coming from Metropolitan Nicholas of Mesogaia and Lavreotiki of the Greek Orthodox Church and His Beatitude Patriarch Theophilos III of Jerusalem.