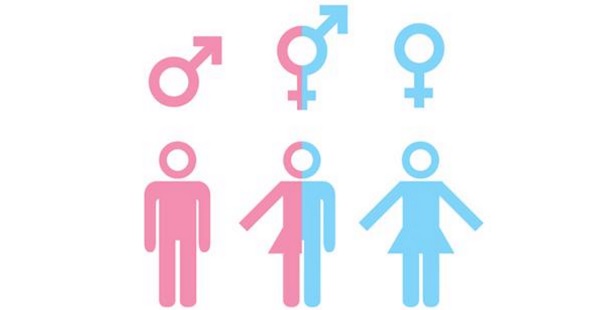 An open letter, “Created Male and Female,” addressing transgender ideology, signed by 20 U.S. religious leaders from various Christian denominations, has been posted on the site of the United States Conference of Catholic Bishops. The document calls for compassion and a loving approach to the difficult issue while supporting and affirming the traditional Christian view.

The letter has drawn sharp criticism from various media outlets and advocacy groups.

Among the signatories are His Grace Archbishop Melchisedek of Pittsburgh (Orthodox Church in America) and Very Rev. Nathanael Symeonides, the Ecumenical Officer for the Greek Orthodox Archdiocese of America.

The letter is also signed by representatives of Lutheran, Presbyterian, Anglican, Southern Baptist, Bruderhof, Roman Catholic, and historically black churches, as well as one Muslim representative.

The letter begins by noting that many of those signing the present letter had also come together before to “affirm [their] commitment to marriage as the union of one man and one woman and as the foundation of society,” adding that, “We reiterate that natural marriage continues to be invaluable to American society.”

The religious representatives have now come together to speak, “on a more fundamental precept of our shared existence, namely, that human beings are male or female and that the socio-cultural reality of gender cannot be separated from one's sex as male or female.”

“Sexual difference is not an accident or a flaw—it is a gift from God that helps draw us closer to each other and God. What God has created is good,” the letter reads, referring to Genesis 1:27, which teaches us that God created man in His image as male and female.

The missive also acknowledges that some may feel “discomfort” with their birth sex, and thus urges compassion and love: “As religious leaders, we express our commitment to urge the members of our communities to also respond to those wrestling with this challenge with patience and love.” However, the letter does decisively reject the “false idea that a man can be or become a woman or vice versa.”

Various media outlets, such as Think Progress and various gay news sites, have misrepresented the religious leaders’ intentions, claiming that the letter “directly encourages parents to reject their transgender children,” citing the passage:

Children especially are harmed when they are told that they can “change” their sex or, further, given hormones that will affect their development and possibly render them infertile as adults. Parents deserve better guidance on these important decisions, and we urge our medical institutions to honor the basic medical principle of “first, do no harm.” Gender ideology harms individuals and societies by sowing confusion and self-doubt. The state itself has a compelling interest, therefore, in maintaining policies that uphold the scientific fact of human biology and supporting the social institutions and norms that surround it.

Francis DeBernardo, executive director of New Ways Ministry, a Catholic organization that advocates for LGBT equality, issued a rebuttal to the letter, stating, “This statement is dangerous because it distributes false information which can lead to attitudes, policies, and practices which will do physical and emotional harm to transgender people, a community already with a high risk of becoming victims of hate crimes.”

However, the letter argues that children are especially harmed when they are told they can “change” their sex and are given hormones to initiate such a process, which can affect their development and even lead to infertility in adulthood. Parents need better guidance on this tough issue they write, and they urge doctors to remember the oath to “first, do no harm.”

“Gender ideology harms individuals and societies by sowing confusion and self-doubt. The state itself has a compelling interest, therefore, in maintaining policies that uphold the scientific fact of human biology and supporting the social institutions and norms that surround it,” the letter reads.

Transgender ideology, which is quickly gaining prominence in America, is not unknown elsewhere, including even in Orthodox countries. Greek parliament recently passed the law “On the Free Change of Sex,” which made it legal for anyone 16 and older to legally change his sex simply by providing a written declaration to the relevant authorities. Societal and Church leaders, representatives of the intelligentsia, and believers have expressed outraged over the new law.

In an open letter to deputies of the Greek parliament, Metropolitan Kosmas of Aetolia indignantly stated, “You are promoting a bill which denies the Triune God and Creator and casts blasphemy upon Him. This new law is unnatural, it encroaches upon the psychosomatic identity of the person, fosters depravity, and aims to thwart a person on his path to sanctification and deification.”

In harmony with Met. Kosmas, the open letter from the U.S. religious leader concludes with a call for policies that uphold the truth of a person’s sexual identity as male or female, and with the hope for a renewed appreciation of the “beauty of sexual difference in our culture and for authentic support of those who experience conflict with their God-given sexual identity.” Embodied Persons, Male and Female: Thoughts on the Body and Personal Identity
Fr. Philip LeMasters
Christians must show true compassion toward people who struggle with gender identity without encouraging them to adopt self-definitions that ignore the physical realities of human personhood. Christ invites us to the healing of every dimension of our humanity, which includes embracing the truth about who we are as embodied male or female persons. For all of us, that is a struggle in one way or another. Healing comes through the difficult task of offering every dimension of our lives to the Lord in humility.
Comments

Anon.12/24/2017 9:54 pm
This kind of thing is worrisome. Condemnations ought to be independant, not joint. That would avoid interpretations of collaboration or recognition of jointly condemnatory parties.
×