Bowie and the Devil in the Pool

Source: Death to the World 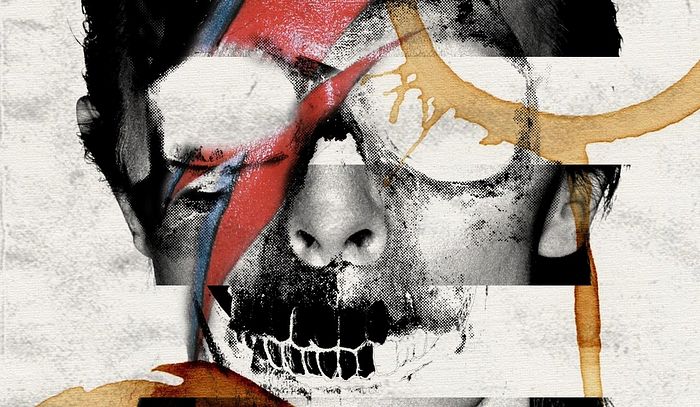 In an age numbed by the constant glow of digital devices and the poisonous inoculation of indifference, the spiritual realm has become a haven for those who seek to pull themselves out of the mire of nothingness and depravity. However, still hypnotized by our culture of consumerism and it’s devilish daughter, self-gratification, some who seek escape are still held in bondage, turning to forms of spirituality that worship the self. Thus, the spiritual realm can be equated to just another form of entertainment, or at best a feel-good drug that satisfies our want for sensation in an otherwise bland and numb world. Spirituality has become a cerebral playground that one can conjure up whenever one hits the yoga mat or goes for a serene walk on the beach. In this “spiritual cafeteria,” modern man walks through and takes a scoop of eastern meditation here, a shock from a horror movie there, some tarot reading over there–all garnished with some lovely quotes from our social media feeds.

The constant search for pleasure and instant gratification has driven us mad, and addicted to the rush of feel-goods and fun-loving sensations, we have been blinded to the reality of life and the gravity our own actions have on the soul. We treat the spiritual life as a placid shallow pool and wade through it at our leisure, yet as we follow our feel-good senses we do not take into consideration what deadly currents might be in front of us, or what vile beasts might be swimming under our feet, seeking our destruction. Devoid of authentic spiritual guides, we are destined to drown in our own mire, unlike the saintly ascetics of old.

The story below is taken from the biography of a pop-icon who undoubtedly changed the face of music and the culture of his own time. As the reader will take notice, the waters David Bowie thought he could wade through turned out to be a rip current of no return. Sometime after releasing Young Americans, Bowie entered a stage of heavy drugs and dabbling in the occult. He would snort cocaine, and read books on white magic and the occult, doing what he thought would safeguard his psyche against evil powers. The book Psychic Self Defense could be found on his coffee table next to drawing pads and large amounts of high quality cocaine. The author Dione Fortune, described Psychic Self Defense as being a, “safeguard for protecting yourself against paranormal malevolence.” The Pop-star dove deeper, seeking advice from UFO experts and occult practitioners across the country.

When the spiritual world is interpreted by our own self-gratifying feelings, the reality can turn out to be grave. We post this article to show this generation that the devil indeed exists and he lurks in the waters waiting for one to make an undiscerning step. The spiritual realm is not a play arena, it is not always a feel-good place, but it is a battleground of unseen warfare that one must be trained to fight in in order to free one’s own soul. May the reader also take note that there could’ve been a turning point in this story, for God never abandons those who continue to knock, however it is up to the individual whether he chooses to walk in and take refuge under His wing, something Bowie chose against. There are only two masters, much to the dismay of many, and when we are not at one banquet, we are at the other, and it is obvious what feast Bowie decided to partake of.

...Read the rest at Death to the World. Orthodox in Greece protest play glorifying the devil
About 100 Orthodox Christians gathered outside the Aristotelian Theater in Thessaloniki last night in protest of a staging of the play “The Hour of the Devil,” which depicts a discussion between a young woman and a personable devil. (VIDEO): Punks to Monks: Effects of the Last Rebellion
Fr. John Valadez
In this engaging video, Fr. John Valadez speaks of the soul-destroying pitfalls of the punk culture he once found himself wrapped up in, and how the zine Death to the World, founed by former punks turned monks, helped him and many others to find the light of Christ in the Orthodox Church. Bad Company Corrupts Good Morals
When Lot Pitched His Tent Toward Sodom
Fr. John Whiteford
Fr. John shares from Genesis 13, providing a comparison between the corruption of Lot and the social mentality of the 21st century.
Comments

Anthony 1/16/2018 3:16 pm
Hello good morning. This was a very good and timely artikle. I would also recommend The gurus, the young man and Elder Paisios to better understand the dangers in the occult. You can listen to the author's talks on youtube by searching Athanasios Rakovalis - but only if you are blessed to understand Greek. Born to hate, reborn to love is another fab biography by Kenneth Klaus who experienced similar occult experiences but was saved through God's Grace working through Geronda Sofronios of Essex Monastery.
×