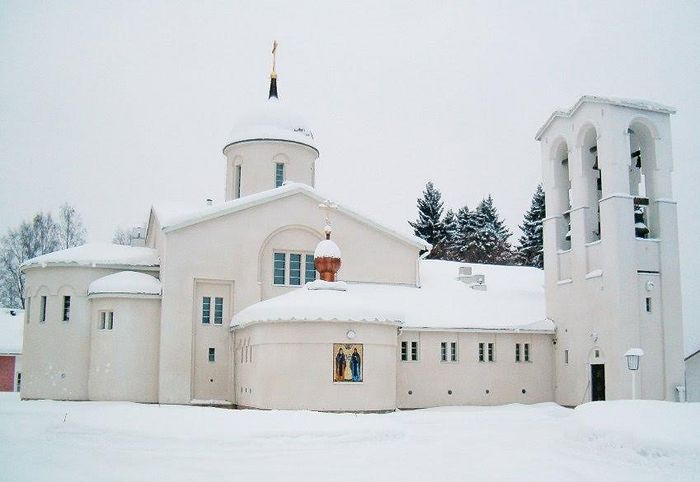 The recently-published statistics show an unfortunate decline for the fifth year in a row. At the end of 2017 there were 60,186 parishioners, which is 380 fewer than at the end of 2016.

The number of Baptisms have been declining over the course of the present decade. 357 babies were baptized in the Finnish Church in 2017, which is 30 less than in the previous year, due to the low fertility rate in the nation, and parents’ failure to pass on their religion to their children.

The decline in numbers in the other dioceses is due to migration and the negative ratio of Baptisms to deaths, and people leaving the Church.

There were 9 nuns laboring at the Lintula Holy Trinity Convent at the end of 2017, and 8 monks at the New Valaam Monastery. One nun, Mother Elizabeth, tragically went missing in July of last year. Met. Ambrose of Helsinki retires
The announcement of his retirement came as a surprise for all. He had shown no signs of slowing down, and on the contrary, the hierarch had lately taken an active role in public discussions and on social media. His typical answer the past several years to birthday greetings had been, “Age is advancing, but we won’t give up!” Metropolitan Tikhon, Archbishop Leo concelebrate Liturgy at New Valaam Monastery
Addresses of His Beatitude Metropolitan Tikhon and of His Eminence Archbishop Leo
Finally, let us return to Mount Tabor. A guarantee of the unity of Local Orthodox Churches is the Divine Liturgy, the one Eucharist. The Orthodox Church in America is in Eucharistic communion with the rest of the Orthodox Churches. Thus we also could be taken to Mount Tabor today to celebrate this heavenly sacrament. And even though it would be good to be there, we need to return to the world. It is our task to return to the world and bring light to darkness—that light which this world cannot give. Only this light may enlighten even the darkness of hell. This is our task: to serve, not to be served.
Comments
×