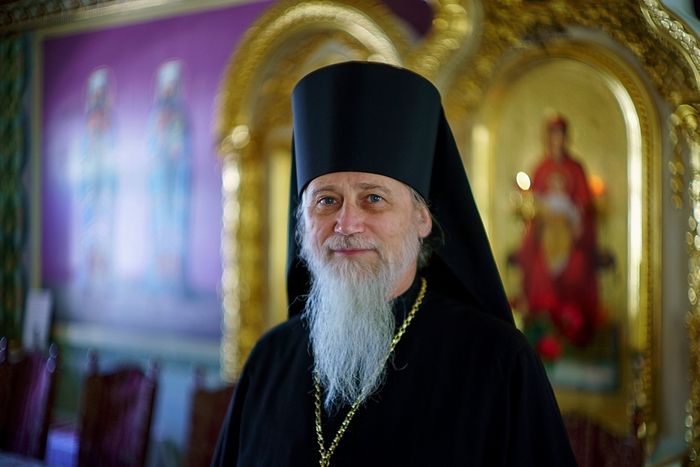 Archimandrite Sylvester of the Holy Dormition-Kiev Caves Lavra reposed in the Lord on Saturday after a long illness. His funeral and burial were celebrated yesterday, reports the Lavra website.

His body was taken to the monastery’s Dormition Cathedral on Saturday before the All-Night Vigil, after which a litia was celebrated for the departed brother. 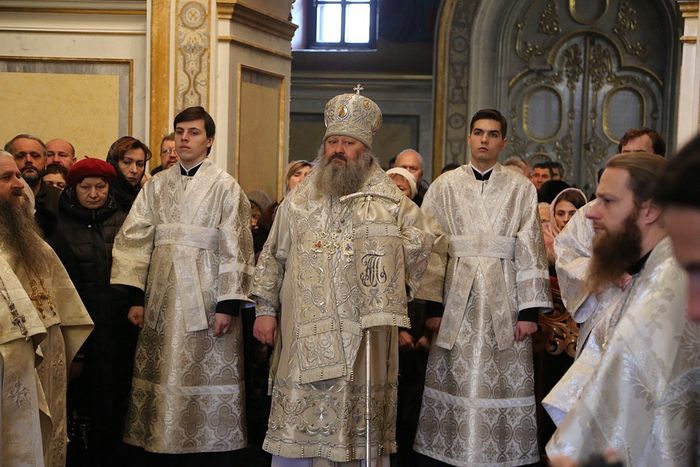 On Sunday, following the Divine Liturgy, Metropolitan Pavel Vyshgorod and Chernobyl, the abbot of the Lavra, celebrated the funeral service for Archimandrite Sylvester, assisted by the Lavra brothers and priests who knew Fr. Sylvester.

“We all knew Father as a good man,” Met. Pavel told those gathered. “We all knew him as a wonderful spiritual father, a kind priest, and a reliable person. People could go to him at any time, to pour out their souls, receive some practical advice, and ask for a blessing. On this mournful day, let us pray to the Lord to receive the soul of our brother Archimandrite Sylvester, and grant it rest in the mansions of the righteous, leading it to the palaces of the Kingdom of Heaven!” the abbot continued. 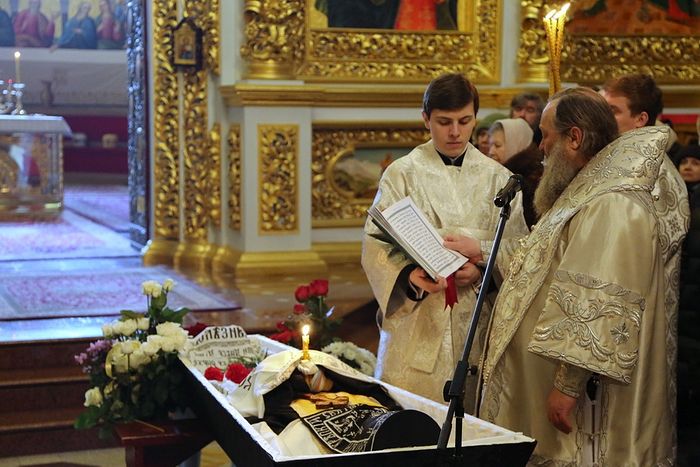 Following the funeral service, the coffin with Fr. Sylvester’s body was taken to the brother’s cemetery at the Lavra’s skete, where it was interred.

Fr. Sylvester (Vyacheslav Petrovich Trutnev in the world) was born on December 19, 1954 in Kazan, Russia. He entered the Leningrad Institute of Fine Mechanics and Optics in 1972 and later transferred to the Kazan Aviation Institute from which he graduated in 1979. He moved to Kiev for work in 1987, and was later hired as a security guard for the Kiev Caves Lavra in 1992. He was ordained as a deacon and priest in 1993.

He graduated from the Kiev Seminary and then Academy in 2003. He was tonsured into monasticism in 2010 with the name of Sylvester in honor of St. Sylvester of the Near Caves. He was received as a member of the Lavra on August 31, 2011, where he bore his monastic obedience until the end of his life. The Legacy of Sts. Anthony and Theodosius: The Kiev Caves Lavra
The Kiev Pechersk Lavra is a major Orthodox monastery located in Kiev, Ukraine, also referred to as the Monastery of the Kiev Caves. Founded in 1051 AD, during the times of Kievan Rus' (a medieval state in Europe, from the late 9th to the mid 13th century), the monastery has remained a major center of Orthodox Christianity in the Slavic world.
Comments