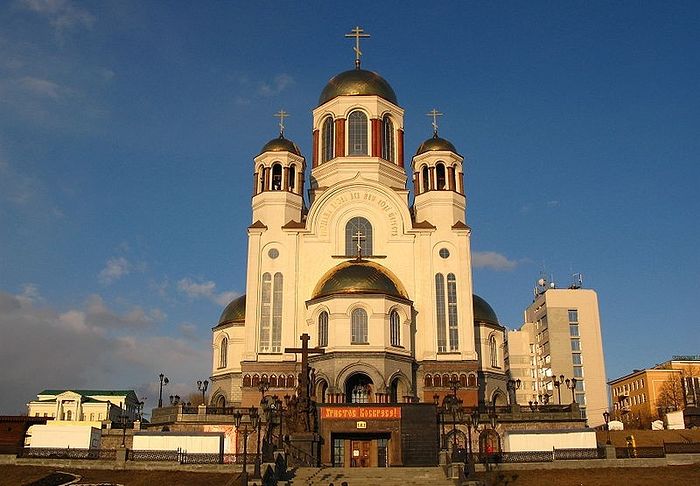 A meeting of the organizing committee for carrying out the events dedicated to the 100th anniversary of the martyrdom of the Tsar Nicholas II and his holy family was recently held under the chairmanship of the First Deputy Head of the Ekaterinburg city administration. More than 70 events between February and December are planned to commemorate this great crime that took place in Ekaterinburg and which has become one of the Russian Church’s most beloved celebrations, reports the official site of the Ekaterinburg city administration.

The meeting gathered the heads of municipal structural departments, law enforcement agencies, and the Ekaterinburg Diocese to discuss the plan of action for preparing the many large-scale celebrations in honor of the Royal Martyrs, including the organization of the cross procession in which 100,000 pilgrims from around the world are expected to participate.

City services will develop territories adjacent to event venues, as well as security measures and medical aid for participants in the celebrations. Municipal cultural institutions have prepared an extensive program of educational and cultural events for the memorial date, including lectures, concerts, exhibitions, excursions, and film screenings.

The local Ekaterinburg Diocese has proposed to deem the entirety of 2018 as the “Royal” or “Imperial” Year. The main event of the year will be the Church celebration of the Royal Martyrs on July 16 and 17, including the massive procession that takes place every year in their honor.

Another major development in honor of the centenary is the development of an All-Russian pilgrimage route that will pass through Moscow, St. Petersburg, Kirov, Perm, and Tobolsk, also bringing travelers to the Church on the Blood in Ekaterinburg, built over the spot of the Ipatiev House, where the family was martyred.

Tsar Nicholas and family canonized because they put moral ideals above the crown—Pat. Kirill
In addition to their holy deaths, the Russian Orthodox Church canonized Tsar Nicholas II and his family as saints because they placed moral ideals above the royal crown, His Holiness Pat. Kirill stated at the opening of the 26th annual Nativity Readings yesterday. Tobolsk Exhibition: The World of the Romanov Family Children
Paul Gilbert
The exhibition is based on a collection of photographs which belonged to the Empress Alexandra Feodorovna’s lady-in-waiting, friend and confidante Anna Vyrubova-Taneyeva.
Comments

Tonia Kisliakov2/17/2018 8:31 am
FOLLOW IN THE FOOTSTEPS OF THE LAST RUSSIAN TSAR NICHOLAS 11 AND HIS FAMILY -100 YEARS SINCE
https://www.russiantravelandtours.com.au/tsar-nicholas-ii/
×