Protestors want to destroy the monastery because in their imagination it is a “Russian agent.” 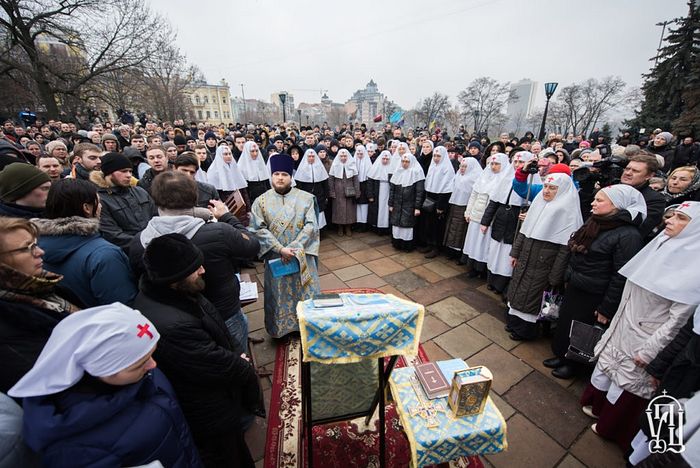 Kiev’s Tithes Monastery of the Mother of God, which has been facing serious threats from radical Ukrainian nationalists lately, held a moleben on Saturday in which thousands of faithful gathered to prayerfully call on the Lord for His intercession and protection. The brothers of the monastery have posted an article on their website to thank the clergy and faithful who came out to offer spiritual and physical support to the holy monastery.

More than 3,000 faithful Orthodox Christians came out and stood for ten hours through the night, prayerfully protecting the monastery from those who hate the Church of God.

“We would like to note the well-coordinated work of the law enforcement bodies which promptly suppressed the provocations of a few radical groups. Thank God that today’s event went off without any particular incidents,” the monastery’s note reads.

One young radical wrote to the monastery brotherhood on his social network page, “We will destroy you. You are biodegradable waste.” 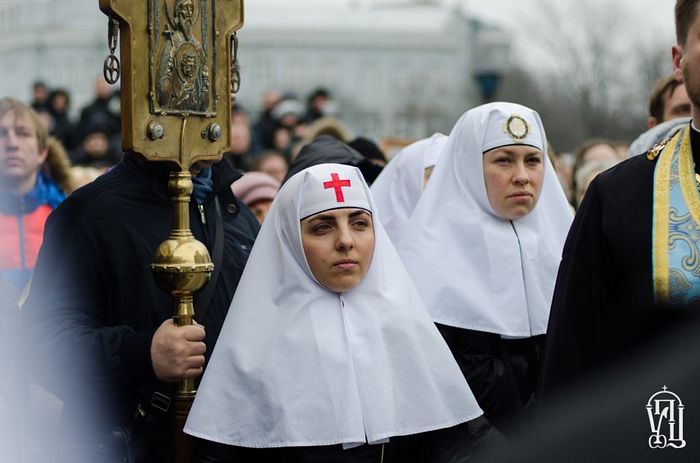 The abbot of the Tithes Monastery, Archimandrite Gideon (Kharon) has also appealed to Ukrainian authorities, international organizations, and even the U.S. government to defend the monastery from the frequent attacks and threats against it: 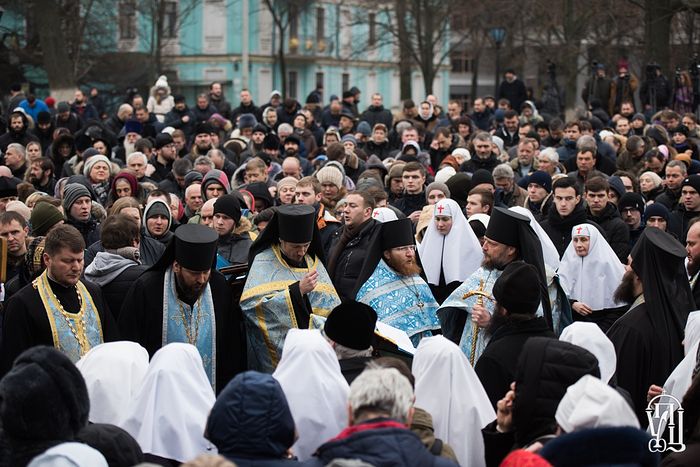 The Tithes Monastery of the Mother of God was attacked twice on January 25, the Vladimiro-Olginsky Church being mildly burned early in the morning and vandalized later in the afternoon. The two arsonists were caught and sentenced two days later. The judge who sentenced them has herself faced threats since the trial. 10 Deputies of the Ukrainian Parliament have stated that they are ready to bail the criminals out. 1000 believers hold rally near Rada against bill promoting raiding seizure of churches
On October 5, 2016, the clergy and believers of the Ukrainian Orthodox Church of the Moscow Patriarchate (UOC-MP) prayed to God to bring the people’s deputies to their senses and prevent them from becoming instruments in the anti-religious struggle.
Comments
×