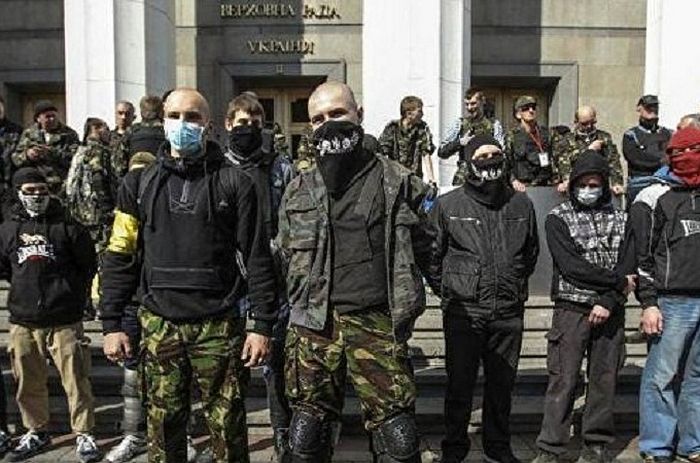 The brothers of the Kiev Nativity of the Theotokos Monastery of the “Tithes” are expecting a possible forceful seizure of the Vladimiro-Olginsky Church tomorrow, which was built near the foundation of the Tithes Church, according to the site of the Ukrainian Orthodox Church.

“Dear brothers and sisters! On February 3, 2018, at 12:00 PM, under the guise of a peaceful architects’ rally, schismatics and pagans, with the support of radical groups, and instigated by individual parliament deputies, are preparing the violent seizure of the Tithes Monastery of the Nativity of the Most Holy Theotokos,” reads a message on the monastery website.

“We must unite as one and show that God is with us and that together we are strong,” the message on the monastery website concludes.

There was an attempted arson against the Tithes Monastery on the morning of January 25, and later the same day, radical nationalists of the C-14 terrorist organization committed vandalism against the monastery. The two men who set fire at the monastery were sentenced to either two months’ imprisonment or a fine of 2.2 million hryvnia ($77,000). The judge who sentenced them has since received threats against herself and her family.

Since the attacks, a local pagan group has also started a petition calling for the destruction of the Tithes Monastery. The monastery is located just a few meters from where an ancient pagan temple once stood. Kiev monastery arsonists already sentenced
Members of the Ukrainian nationalist and terrorist organization C14 who set a fire at Kiev’s Monastery “of the Tithes” on Thursday have already been handed a sentence by local courts.