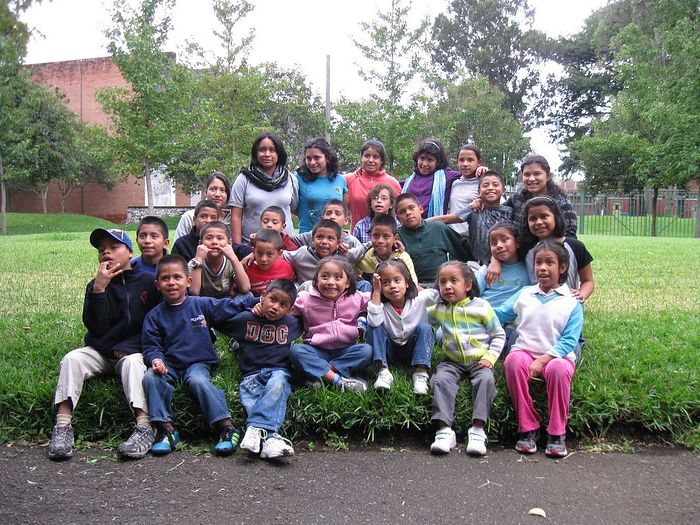 The orphanage, founded in 1857, and property in the capital had been given to Mother Inés’ and the nuns of Holy Trinity in 1996 by former President Arzú for a span of fifty years. However, just two weeks after a disastrous fire at another orphanage, the Attorney General sent a letter stating that the state was repossessing the property, although it had been given to the sisters for fifty years. The state claims that it needs the property to take care of children with more immediate needs, and that the legal agreement with the monastery was never properly registered and so not binding.

The orphanage has been home to hundreds of children over the years, and has successfully adopted out 500 children. The property in Guatemala City is also used for a special education public school, a municipality workshop school, the free Rafael Ayau Online University, a cultural center, and much more.

On March 30, the orphanage’s lawyers filed a writ of amparo to protect the constitutional rights of all associated with the orphanage, as those being evicted had nowhere else to go. Over 400 children are cared for daily at the orphanage, more than 80 of them with special needs. 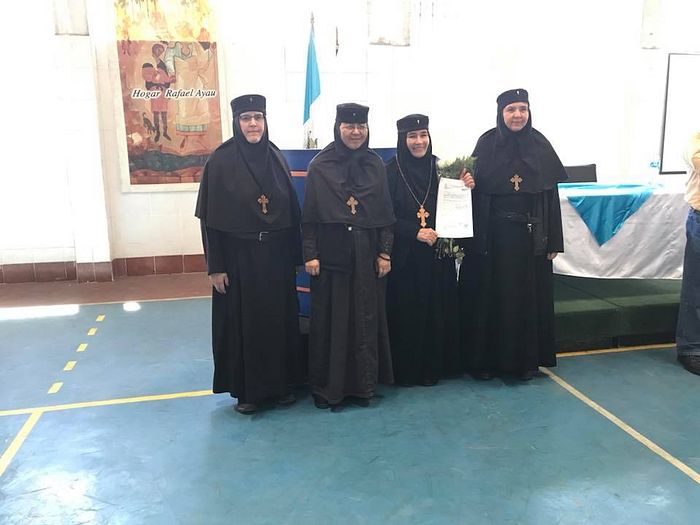 A petition was posted online and several peaceful protests were staged in support of the monastery and orphanage, but the abbess was forced to announce on May 15 that their attempts were unsuccessful, and that the orphanage would have to vacate the premises. Mother Inés’ wrote at the time: “I am writing this to tell you with great sadness that we are going to leave the property donated for charity by my great-grandfather, Don Rafael Ayau, in 1856; and which in 1996 former President Arzú, asked us to accept in usufruct for 50 years. We received it abandoned, looted and ruined. We fixed it with the help of Guatemalans and it was rehabilitated.“

However, the latest letter from the monastery has a more joyous story to tell:

We want to make public the result obtained in regard to the AMPARO that was imposed to prevent us from being evicted from the building known as Hogar Rafael Ayau, which was given to us by usufruct in 1996 for 50 years, to do work of mercy. The situation was resolved in our favor, for which we are very grateful. This allows us to continue with the work for children, that until now we have been doing.

“We thank God for His protection and fidelity,” the letter continues, followed by notes of gratitude to all those who helped the orphanage, including Mr. Hugo Marroquín who handled the legal matters.

On behalf of the children and adolescents that make up our home, on my behalf Mother Inés Ayau Garcia and the nuns with me, and Mr. Hugo Marroquín, we thank you in a simple way from the depths of our hearts. THANK YOU VERY MUCH AND GOD BLESS YOU. 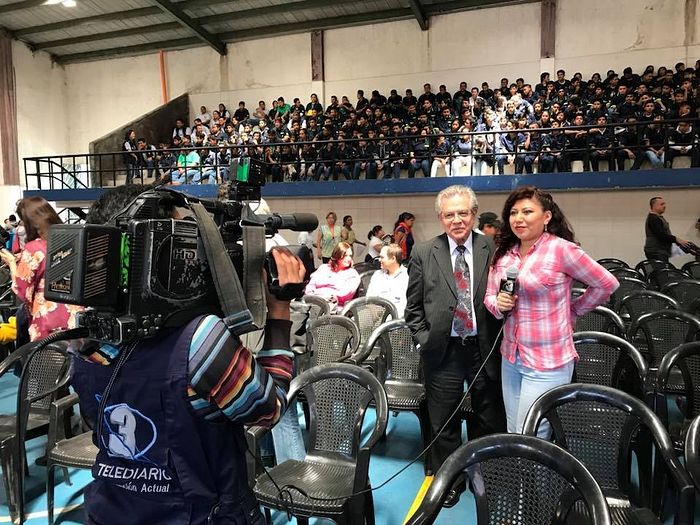 A meeting was subsequently organized at the orphanage’s gymnasium to announce the good news and to celebrate. Orthodox orphanage in Guatemala forced to surrender its property

Orthodox orphanage in Guatemala forced to surrender its property
Although the orphanage and property had been given to Mother Ines and the nuns of Holy Trinity in 1996 by former President Arz&#250; for a span of fifty years, the Attorney General sent a letter on March 20 stating that the state was repossessing the property, needing it to take care of children with more immediate needs, and that the legal agreement between the government and orphanage was never properly registered and so not binding. Government aims to take Orthodox monastery-run orphanage in Guatemala
Now the government has a separate but related legal battle on its hands, after notifying the staff and residents of another orphanage, the Hogar Rafael Ayau, just twelve days after the disaster at the Hogar Seguro orphanage, that they had thirty days to vacate the premises.

“Orthodoxy Has a Great Future in Guatemala”
Conversation with Abbess Ines, head of the Holy Trinity Monastery in Guatemala
We sincerely love Russia and the Russian Orthodox Church. We have Byzantine crosses on our cupolas, but everything else is Russian: the architecture, the icons, and the frescos. People, when they see the Russian cupolas, understand right away that there is an Orthodox church before them. Our parish keeps to Russian traditions in the services, keeps to the Julian calendar; and the nuns wear the Russian monastic habit.
Comments

My husband and I are very interested in adopting a child. MY husband is 45 and I am 46 years old. Can you please tell me if it is possible to adopt?

Thank you so much

Looking forward to hearing from you soon