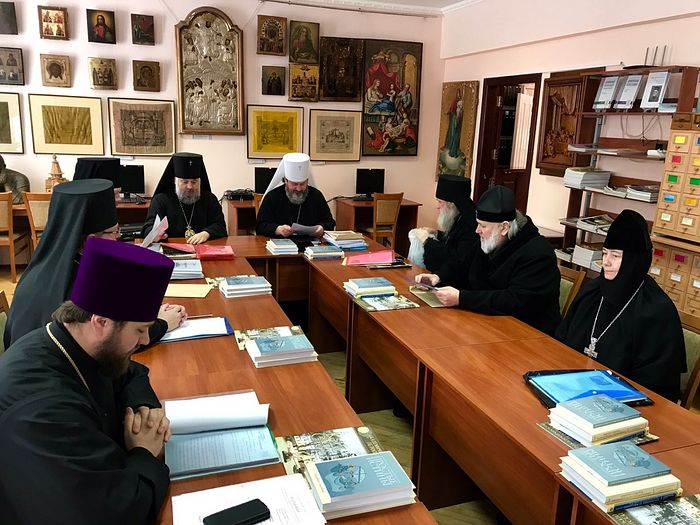 A meeting of the Commission for the Canonization of Saints of the Holy Synod of the Ukrainian Orthodox Church was held yesterday in the Kiev Caves Lavra under the chairmanship of His Eminence Metropolitan John of Kherson and Tavria.

During the meeting, the commission reviewed materials relating to the lives of Metropolitan Arseny (Moskvin) of Kiev and Galicia, the priests of the Kamensk Diocese Vasily Vakhnin, Theodore Romanovsky, and Joseph Chekhranov, and also Blessed Julitta Pedan.

Met. Arseny was appointed to the Kievan Diocese on July 1, 1860. He reposed on April 28/May 10, 1876 and was buried in the Church of the Exaltation of the Cross in the Near Caves of the Kiev Caves Lavra, in front of the Kazan Icon of the Mother of God.

Frs. Vasily, Theodore, and Joseph served in the parishes of the Verkhnedneprovskiy region of Little Russia. They were shot on November 19, 1937 by decision of the People's Commissariat for Internal Affairs. For the time being, their names have been submitted by request of Archbishop Vladimir of Kamensk to be locally-venerated as New Martyrs of Kamensk, reports Russian Line.

Blessed Julitta was an ascetic of the village of Petrovo in the Kirovograd Province, where she is now buried.

After studying the materials, the commission submitted them for consideration to the Holy Synod of the Ukrainian Orthodox Church.