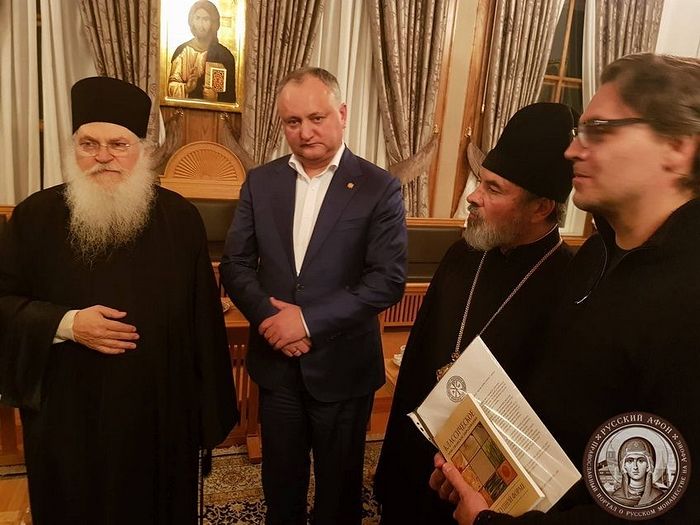 President Igor Dodon of Moldova arrived on Mt. Athos yesterday for a three-day pilgrimage. As the delegation refused charters, guards, and VIP escorts, they ended up experiencing a long delay in Bucharest due to snow. In addition to participating in the Divine services and venerating the sacred objects at a number of the Holy Mountain’s monasteries, the president will also participate in the creation of the international organization “Friends of Orthodoxy,” holding the position of co-chairman, reports Russian Athos.

This is not the head of state’s first visit to Mt. Athos. He most recently visited for three days in August, visiting Moldovan habitations and many of the mountain’s other holy monasteries. According to Dodon, Athos is very closely connected with Moldova, as many Moldovan rulers of the 15th-17th centuries restored several Athonite monasteries, and Moldovan monks have always lived on the Holy Mountain, founding monasteries and hermitages. During a visit two years ago, Dodon gave his word that he would try to visit Mt. Athos every year. 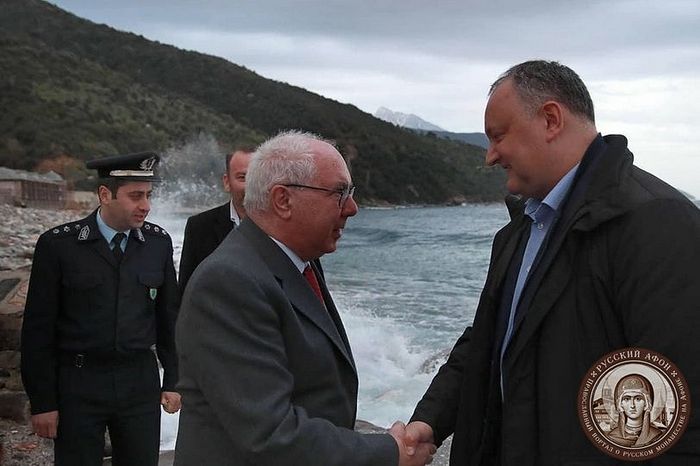 The president first visited Xenophontos Monastery where he was met by the civil governor of Mt. Athos Aristos Kasmiroglou. From there he was accompanied by the governor to Vatopedi Monastery, where he was greeted by abbot Archimandrite Ephraim (Koutsou). The Moldovan delegation stayed at Vatopedi for the All-Night Vigil and the Divine Liturgy the next day. 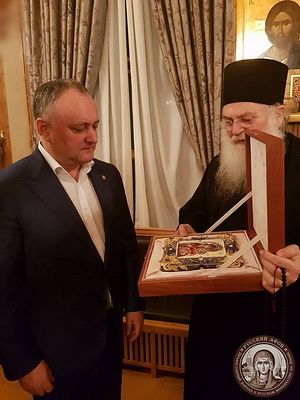 During his stay on Mt. Athos, Dodon will also meet with the spiritual leaders of the mountain, and visit several other monasteries, including Iveron, Pantokrator, St. Panteleimon’s, the Old Russikon, and others. His pilgrimage will end with the Bulgarian Zographou Monastery, also historically closely connected with Moldova and Moldovan leaders.

Concerning the international organization “Friends of Orthodoxy,” dozens of representatives from various countries and the Holy Mountain will take part in its creation, including, in addition to President Dodon, Brian Stephen Brown, the president of both the World Congress of Families and the National Organization for Marriage in the United States. The current events on Mt. Athos are being held in preparation for the World Congress of Families, which is scheduled to be held in Chișinău, the capital of Moldova, in September 2018.

It was previously reported that His Holiness Patriarch Kirill of Moscow has accepted Dodon’s invitation to attend the September Congress. 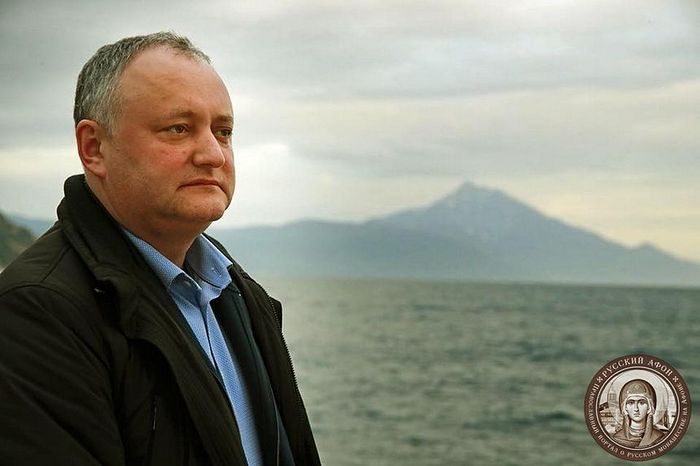 According to the Moldovan president, the Congress is expected to be a major event, with emphases on traditional values, the family as the main pillar of society, the difficulties faced by the modern family in various countries, as well as the solutions to be developed in this regard.

The World Congress of Families is an international union of defenders of traditional values, the natural family and the right to life from 85 countries. It brings together hundreds of organizations and thousands of activists from every continent. The Congress was held in Salt Lake City in 2015, and in Tbilisi in 2016. Fr. Josiah Trenham spoke at both of these Congresses, on the topics of abortion and the LGBT agenda. His Holiness Patriarch-Catholicos Ilia II of Georgia also offered his blessing and gave the keynote address in 2016.

The Congress was held in Budapest in 2017, and this year’s event will be attended by about 2,000 people, including 400 experts, politicians, public opinion leaders on both the national and international levels from more than 50 countries.