Homily on the Seventh Sunday after Pentecost 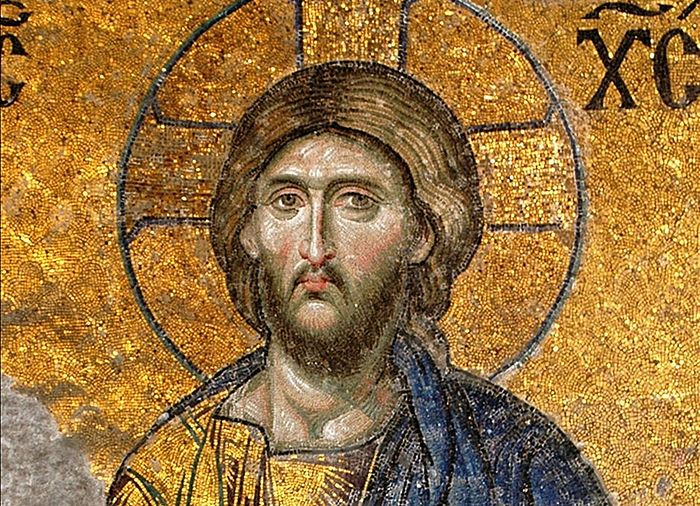 Today's Gospel from Chapter 9 of St Matthew concerns the healing carried out by Christ through the expulsion of a demon. What can we learn from this Gospel?

First of all, we should note that the healing performed by Christ in the Gospel is permanent, it is for good and salvation, it is for repentance and thanksgiving. Here we should be cautious. There are many who claim today that they have been healed by all manner of 'spiritual healers' and 'therapists'. However, there is a great difference between the healing given by Christ and the 'healings' of such individuals who will often charge huge sums of money for their alleged healings. Although some such healings may be genuine, the results of a natural psychic ability, others are undoubtedly demonic. For since demonic influence is the cause of all illness, demons are also able to withdraw temporarily from their victim's soul, mind and body, thus giving the illusion of 'healing', in order to increase their hold on their victims. Such 'healings' are always temporary, for the demons always return, unable to resist the soft target of a weak and infected person. Such 'healings' are always destructive, for they are not for the good and salvation and repentance of their victim, but for their further subjection and submission to the powers of the Evil One.

Secondly, today's Gospel informs us of the reality of demons. In recent times, at least since the Second World War, which followed the First World War because there was no repentance after it, when Satan received an almost unheard of power in the world, demons have been appearing more and more often to mankind. The most remarkable thing is that people have been so hoodwinked by the Devil that they have not recognised the demons for what they are.

For instance, both Stalin and Hitler were clearly puppets whose strings were pulled by legions of demons, and yet tens of million of people blindly followed their monstrous evils and handed over their empty souls to their ideologies, believing in what they preached. But today, if you tell a historian or a journalist that Hitler and Stalin were puppets of the Devil and that all that they did was planned by demons, they will laugh at you. And if you tell them that every subsequent and previous war and act of violence from the killing of Abel to the crashing of jets into the Twin Towers and the screams of three thousand creatures of God burnt alive in kerosene, had the same demonic cause, they will mock you.

At the same time during the Second World War, large numbers of people began to see lights in the skies ('great signs from heaven', as the Gospel of St Luke calls them). Many began to call these lights 'unidentified flying objects'. Others said that they had seen and met 'aliens'. Of course, in one sense, they were right: the lights that they saw were indeed the lights of 'aliens', the Satanic beings, devils who are the face of Death, which is alien to mankind, who was created immortal by God. Again, people are not able to 'identify' the faces of demons, even when eyewitnesses draw pictures which clearly show demons: they are indeed 'unidentified flying objects' to all those outside Church consciousness. Worse still, in the foolishness that is born in the human soul when it denies God, men began to worship these devils, declaring them to be from 'a higher civilisation' and more 'intelligent than we are'. And they are indeed more intelligent than non-believers, for the demons 'believe and they tremble'.

Again in recent times, the face of the Devil has been revealed in all sorts of 'magical' tricks, in levitations and much-publicised spiritual frauds, in slavery to drugs, such as the mass-killers of alcohol and tobacco, banes of the last century. Or else in slavery to sex, which for example today has tens of thousands of young girls and boys from Eastern Europe selling their bodies for bread on the streets of Western Europe to depraved men who deny Christ and the Gospel. And the same is going on in every Sodom and Gomorrah on every Continent of the world. The result of this is the worldwide epidemic of AIDS which has already claimed tens of millions of victims and which will undoubtedly be the Black Death of the the Twenty-First Century.

And we can also hear the delighted cackling of demons in the face of the terrible so-called 'natural' disasters of flood and drought, earthquake and hurricane, volcano and forest fire, which mankind has recently brought on itself through the abuse of the resources of God's creation.

What are we to do? How are we to protect ourselves against this ever-rising tide of demonism, before the face of naked evil?

The world, unfortunately, can do nothing, since it denies the primal cause of all this, it is frightened to take responsibility for its own actions and consequently return to the Enduring Faith of the Church of Christ. That would be asking for humility, asking Western 'civilisation' to admit that it was wrong all along and that the true measure of all things is not man who wallows in the excrement of his depravity, but Christ, the Perfect Man, the God-Man.

We, however, who know the cause of all this evil, can protect ourselves by asking for the protection of God, Who is the Lord of all and can stop the demons in their tracks and contain them in the confines of hell, if only we ask Him to do this by refusing to let the demons occupy our souls and minds and bodies. In other words we must ask for healing, that selfsame healing that Christ gave in today's Gospel. And this we do through the source of all healing, which is in the Resurrected Body of Christ, the Church. The Church is not a social club, not coffee-time, the Church is not a show for religious dilettantes and hobbymakers, the Church is not a welfare-State, the Church is the place where we bare our souls to Christ and receive healing from sin and death through the sacraments and fasts and prayers which we accept by making our will conform to that of Christ.

Let us make no mistake: without the Church our fate is awful. Without the Church there are no values, no morals, no spirituality, only the charlatanism of the deluded. In Russian there is a proverb: 'Bez Boga, ne do poroga' - 'if you are without God, you may not enter'. And indeed people do not enter into salvation without God.

Where are we going? Towards the floods of the demons or towards the healing of Christ? It is our choice. Let us decide today. A modern story of miraculous healing from cancer in the Kiev Caves Lavra
Svetlana Pirogova
Time flows differently when you leave the hospital having been diagnosed with cervical cancer, knowing that there is no money for the treatment, and that you cannot tell your relatives about it.
Comments

Editor9/25/2019 12:55 pm
Joyce Esau: You can find more information about the author's church at his website Orthodox England (link is under his name under the article.

Anthony7/15/2018 3:43 pm
''In recent times, at least since the Second World War, which followed the First World War because there was no repentance after it, when Satan received an almost unheard of power in the world''. This was caused by the Russian regicide of 'the one who restrains'. Now all manner of evil plagues us. And sadly the world is now ready to face its final ''armageddon'' as the coming world war hurtles ever closer towards us, because of our lack of repentance. And when the bombs start dropping, then people will start wailing for help from God but to no avail. Each of us Orthodox better prepare. As for Stalin's final hours - this is his daughter's testimony https://www.youtube.com/watch?v=jEJICBggJkg
×