“The Fast is an Opportunity for us to Change Now, Not Later”

Priests on the Nativity Fast

The Nativity Fast begins on November 15/28. In this article, priests of the Russian Orthodox Church offer their thoughts on what this time represents for us, how to worthily greet the feast of the Nativity of Christ, and what to pay attention to first of all in the spiritual life. 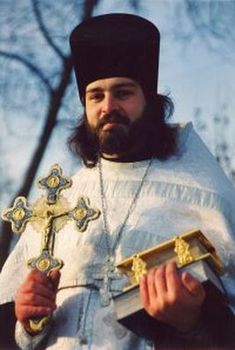 Fr. Andrei Yakovlev
Fr. Andrei Yakovlev, rector of the Church of St. Seraphim of Sarov in Raevo (Moscow), an employee of the Synodal Department for Cooperation with the Armed Forces, and head of the “Common Cause: Rebirth of the Wooden Churches of the North” project:

The magi came to the manger not empty-handed but with gifts for the Babe. Preparing for the Nativity of Christ, we should think about our lives in a new way and do good unto others, and with these gifts approach the Nativity of Christ. Every year is a year of God’s mercy. The Nativity is a feast of peace, and on this feast our fellow countrymen visit hospitals, prisons, and try to help others. We have lived peacefully with the Muslims and with the Buddhists, and they rejoice that there is such a wonderful feast and good traditions associated with it. 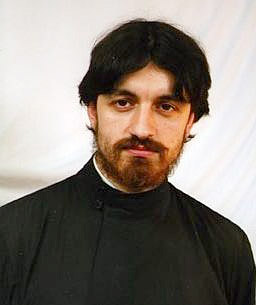 During the Nativity Fast, we must devote more attention to the main thing—our relationship with God. We sacrifice very little during the Fast, but, even giving up the small things, we learn to overcome ourselves and we learn to love, because God is Love and He acts through a Sacrifice. Of course, we must understand that it’s not about giving up non-fasting food but about doing what we don’t usually do—what we put off for later, for example. The fast is a blessed time for inner work, but it must be accompanied by external works: works of love and mercy. Every new fast is an opportunity to change now, and not later or in old age. 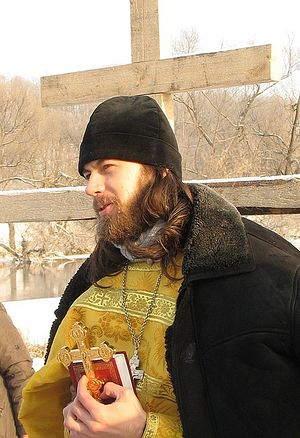 Fasting is a tool that helps us to be purified from the passions and to become nearer to God. Then the feast of the Nativity itself is experienced differently. If we have no chance to go to church during the fast, we must ask God for forgiveness. Those who rarely commune absolutely must receive Communion in the Nativity Fast.

Of course, we don’t need to go into reclusion, we have to pay attention to our relatives, we can spend some time with them on New Year’s night, but nevertheless, we need to burn before God, because everyone has a flame.

Fasting often becomes automatic for the faithful: We just change our portion size, some stop watching television, but there’s no living faith. We lack zeal, but the Lord can give it for striving for Him. We must ask that the Lord would grant us strong faith and we must force ourselves to real prayer, and not to simply reading the prayers. We must force ourselves to do works of faith, to try to live according to the spirit, and not the letter, because the Spirit is life-creating. And we must be Christians everywhere—beginning in the kitchen and ending in church. It doesn’t happen immediately—we have many sins, we are weak, but if we change with God’s help, then the Lord will grant healing from the sinful leprosy of our souls, as He did to the many saints.

Everyone has his own field of struggle: Some have exacerbated envy, some have carnal passions, and others have others. We must read the Holy Fathers and understand how they conquered the passions—we’re not the first to face them. For example, if someone is tortured by envy, he should go to the hospital to see how many unfortunate people there are, and sympathize with and help them—and through mercy overcome the passion of envy. And secondly, to overcome yourself and say: “Forgive me, O Lord, help me to overcome this envy,” and pray for those who have something better than us. That’s the Christian way. That’s the beginning of a spiritual fast. 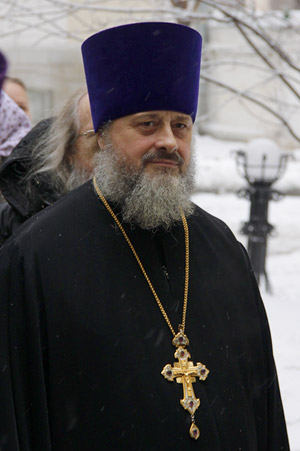 The fast is a time when we should understand what we live for, what passions we have, and how to battle with them. This is the task and purpose of the fast. The Nativity Fast is preparation for the Nativity of Christ, when the Savior Jesus Christ came into the world, therefore we must battle with our sinful inclinations throughout the entire fast.

During the Fast, we especially see our shortcomings, for example, the passions of condemnation, anger, hatred, and pride. We must fight these passions, pray, confess, and commune. The closer we draw to God, the more temptations, the stronger our enemy the devil attacks us. It’s clear, and we have to battle with this. There is much evil in this world now, and we must battle at least with hatred and anger. Anger is destruction, it’s the end. The more anger, the quicker the approach of the Second Coming; the world cannot long survive in evil—it will perish.

I would also like to talk about celebrating New Year’s. This is how my parents celebrated: They would listen to the president’s speech and the hymn of the Soviet Union and then they turned off the radio and went to bed—there were no celebrations. What was there to make merry about? That a year passed? That they drew closer to death?! My parents would always say that at New Year’s it’s necessary to recall what happened in the past year, to thank God for granting another year, and to prayerfully entreat His blessing on the coming year. Also, I don’t know what this “Old New Year’s” is. January 14 is the Circumcision of the Lord. Where’s the merriment?! 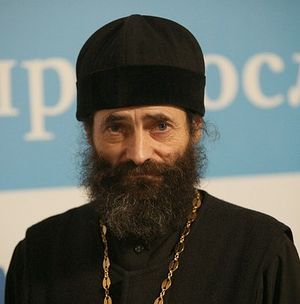 The most significant feature of the Nativity Fast is that it’s for the Nativity, that it leads us to this event, the meaning of which eludes unbelievers and requires considerable effort, even a podvig of heart and mind, from believers: God became man. Fasting helps us in this podvig. And from the other side, it also takes a lot of effort: vulgarity under the guise of culture, idiocy under the guise of advertising, commercial fever, greed, and gluttony—anything just to hide the fact of the Incarnation of God from someone. And to our shame, the forty-day effort of Orthodox people in selecting and buying “fasting” cakes, pies, cookies, candies, chocolate, mayonnaise, margarine, is the same kind of thing. The Nativity Fast, as any other, can be a period of abstinence for us, including from excessive information that literally overloads us today.

People now, especially those living in cities, are literally entangled hand and foot by various information networks, connections, and contacts, depriving a person of peace, firstly, spiritual. A key role in this is played by social networks, mobile phones, and classic media, spewing constant streams of empty information at us, not carrying any real benefit for our minds and hearts. It devours our time and strength, which the Lord has granted to us in order to walk the path of salvation. People have been seized by some kind of mad vanity. This all dilutes and saps the soul and weakens the spirit, and nothing more. We ourselves often indulge in this vanity under a plausible pretext—we justify it with a certain necessity, work, friendship, or “business.”

The Nativity Fast is a great time to get away, as much as possible, from the hustle and bustle of the world and to think about the main work of our life—the work of salvation and union with God. Shirkey Moon12/10/2020 5:55 am
The comment that I refer to is at the beginning of the article (about the Magi came to the manager) in my reading it were the shephers thT saw the baby in the manager and the magi saw Jesus as a child in a house. The article u found interesting and would like to particate in a "lent event". I am 77, black American, born into the B
×